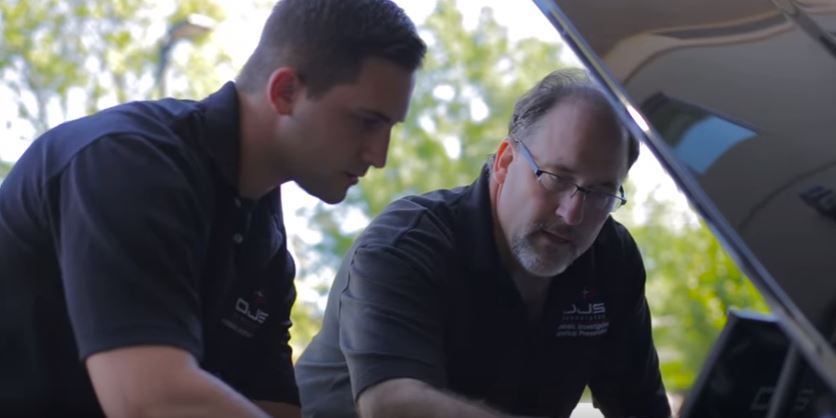 Robert S. Kinder, Jr., Mechanical Engineer ::::
Event data recorders (EDR) have been a hot topic since late 2012 when the National Highway Traffic Safety Administration (NHTSA) proposed a rule requiring EDRs in all passenger vehicles and light trucks. Although the rule does not apply to heavy trucks, many of them can store event data within the vehicle’s electronic control module (ECM). Data stored in the ECM was originally designed to optimize fuel economy, emissions control, and engine diagnostics. However, ECMs can record data that is relevant to a particular collision and useful in a situational appropriate collision reconstruction. It’s important to note that data from heavy trucks can be volatile.
Event data typically found in heavy trucks reside in one of three categories: hard brake records, last stop records, or fault codes. Hard brake events are given various names by different manufacturers such as quick stops or sudden decelerations. Most trucks can store one to three most recent hard brake events; however, some Detroit Diesels equipped with ProDriver can store up to five. A record of this type can be created from a brake application or a collision. The speed change threshold to trigger a record is about 7-10 mph in 1 second. An ECM can be programmed with different threshold values. These events are triggered by a change in speed, but not necessarily a change in ground speed of the vehicle. Speed is determined from a sensor on the output shaft of the transmission. For example, a hard brake application can lock up the drive tires and stop rotation of the output shaft resulting in a “0 mph” speed indication. The indicated speed would be incorrect if the vehicle is skidding while remaining in motion.
Last stop records are considered the most volatile data a truck contains. This is due to the manner in which the last stop records are recorded. The data contained in a last stop record begins at a set time before the ignition is shut off. If the ignition is not shut off and the vehicle is driven additional miles after a collision, then data keeps flowing and relevant data can be pushed out and lost. The recording process is best compared to water flowing through a hose. The water is data and kinking the hose on both ends occurs when shutting the ignition off. The water, or data, in-between the kinked ends is then stored as the last stop record. Both hard brake and last stop records contain various parameters such as vehicle speed, engine speed, brake/clutch/accelerator application, and cruise control usage.
Diagnostic trouble or fault codes can trigger records or snapshots when engine sensors receive data outside their normal operating parameters. Some common examples are low coolant level, low oil pressure, and engine over-speed. A snapshot or fault code record shows the condition of various systems at the time when the fault became active. When a vehicle is severely damaged, the only option may be to remove the ECM and image the data while it is not connected to the vehicle. Fault codes can be overwritten when this is done improperly. Typically the last 3 active fault codes are stored.
Heavy truck data is usually time-stamped and can be related to real time. At the time of ECM imaging, the truck’s clock is compared to real time displayed on the computer. The difference in time between the truck’s clock and real time is called clock drift. The drift can be calculated and analyzed to determine its relevance, if any. Time stamping, odometer readings, and engine hours at time of event and time of imaging make correlating event data to incidents possible.
Robert S. Kinder, Jr., is a Mechanical Engineer with DJS Associates and can be reached via phone at 215-659-2010 or via email at experts@forensicDJS.com.