Industry Update: Why do Jersey beachgoers keep walking out into traffic? 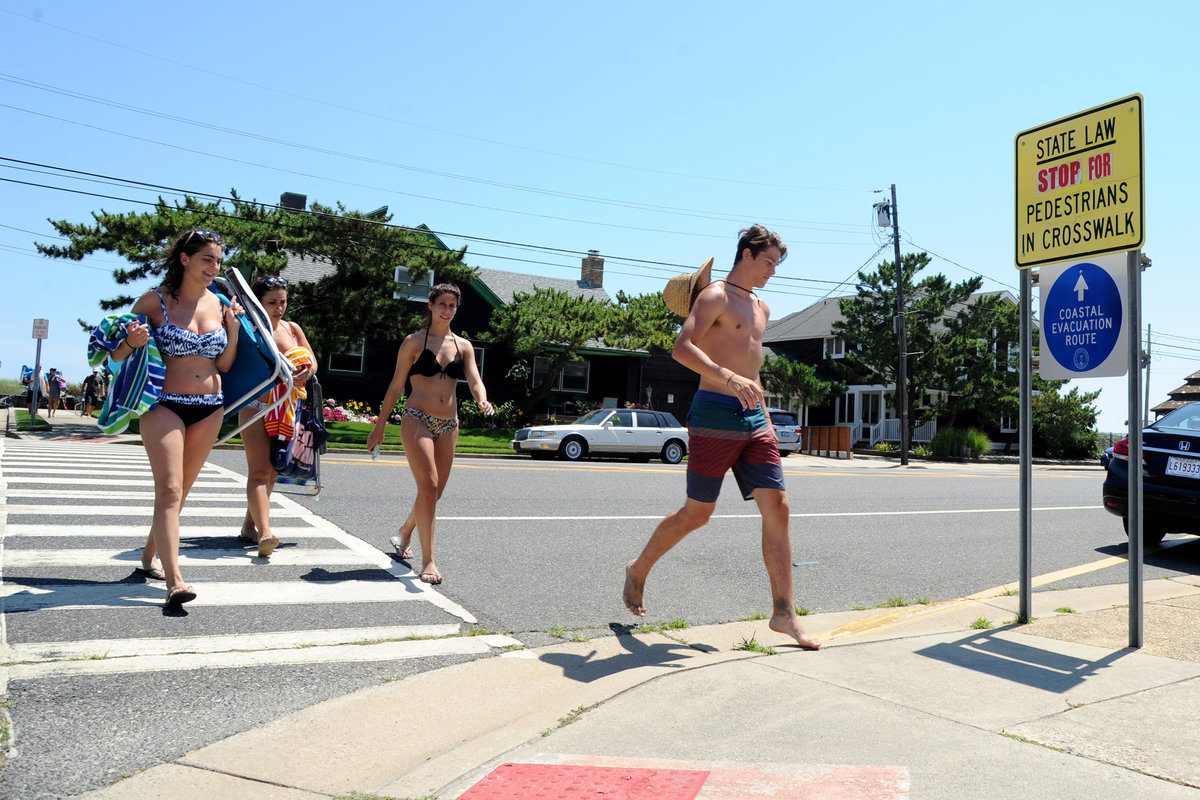 It’s a typical beach day out on Atlantic Avenue, which means the usual pedestrian chaos. Beachgoers crossing the many streets without traffic lights assume the cars will stop: The 2010 law tells them the vehicles must. Some families lead with the stroller, toddler on the dad’s shoulders, an older sibling stumbles, stops and goes back for an errant flip-flop. Boogie boards are used as shields, umbrellas and chairs balanced under arms. Ready, set, cross.
Sometimes the cars stop, sometimes they speed up to get by first. Sometimes one lane stops and the other doesn’t. Sometimes pedestrians are caught mid-cross. Sometimes, in Margate or Ventnor, which have two lanes in each direction on Atlantic, the cars come from behind the stopped car and head into the intersection. Sometimes there are rear-end crashes.
This all is driving Longport Mayor Nick Russo nuts. “Whatever happened to look both ways?” he lamented.
Russo wants repeal of the law, passed in April 2010, nine months after Casey Feldman, 21, was struck and killed by a van while crossing on Central Avenue in Ocean City. “We’ve done a pretty good job of educating drivers,” he said. “We need to do better with pedestrians.”
Read the full article here:
http://www.philly.com/philly/news/new_jersey/20160723