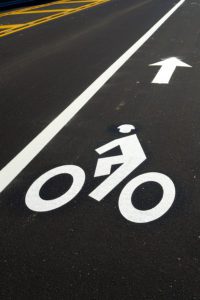 Bike lanes are evolving. Cities are increasingly changing them to make them safer in light of fatal crashes involving cyclists and cars.
From Boston to San Francisco and New York to Tokyo, traditional bike lanes running alongside vehicle traffic are being replaced in favor of “protected” lanes or “cycletracks,” where physical barriers like concrete curbs, planters or fences separate cyclists from vehicle traffic.
For 50 years, we’ve just been putting down a stripe of white paint, and that was how you accommodated bikes on busy streets,” says Martha Roskowski, director of People for Bikes, a Boulder, Colorado-based advocacy group that’s calling for better designed bike lanes. “What we’ve learned is that simply doesn’t work for most.”
Read the full article here – www.claimsjournal.com