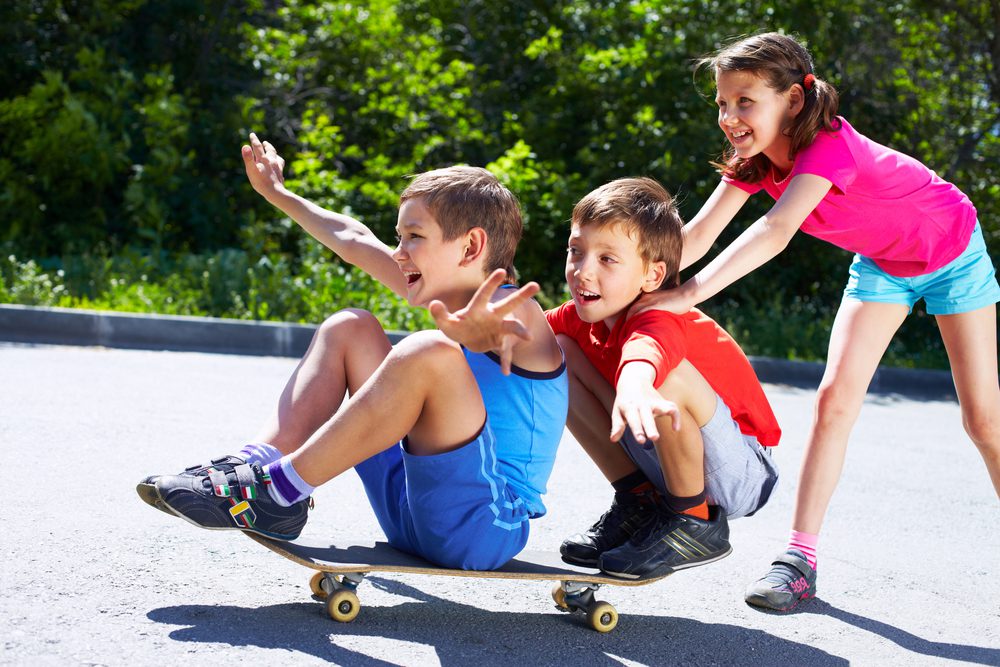 Professor Bruce Ira Levenberg B.S., M.S., M.S., P.D., SAS, SDA, School Safety & Security Expert ::::
In this case study, a School Safety Expert was requested to determine is a school student was injured due to negligent supervision during recess.
Case Synopsis: Plaintiff, an older elementary school student, went outside for recess. At recess, the students played on a large, general purpose blacktop area adjacent to and surrounding the school on three sides. On the back side of the building there was an outdoor picnic table with attached benches, a large covered metal garbage can, and a weighty bike rack all located on the grass in a line outside the perimeter of the play area. The outdoor apparatus was situated at that location before the incident, and no one had previously been injured on them. Weather conditions were not relevant. The plaintiff was playing catch during recess with five or six other girls. She alleges that as she turned and ran to catch a ball, she tripped over the bike rack, which caught her foot, and sustained serious facial injuries.
Standard procedure at that school was when the students had free time at recess, the teacher in charge of the activity positioned herself where she could have a panoramic view of the entire class. The teacher stood near the picnic table, central to the students’ activities, approximately 15 feet from the bike rack where the plaintiff was hurt. The plaintiff admits that the location of the bike rack was well known to her, and that there were no prior injuries resulting from the bike racks or any of the outdoor equipment location.
The plaintiff alleges that as a result of the negligent supervision of the teacher in charge of the activity and/or the condition of said property (i.e. the presence of a bicycle rack allegedly improperly positioned on the playground while playing ball), she ran into the bicycle rack sustaining serious injuries.
Expert Analysis: Physical activities involve a small amount of inherent danger concerning the students’ physical safety. It is the responsibility of the school personnel (in the formulation and maintenance of safe school policies and procedures) that they contribute to a prudently constructed and maintained safe environment. Parents rely on this when they make the schools “in loco parentis”. Yet it is impossible for the school to guarantee (just as parents cannot guarantee) the absolute safety of their students.
Upon physical inspection and review of the facts of the case, the location of the bike rack was not unusual nor was it in a particularly dangerous spot. It was not on the blacktop playing area but rather on the grassy field outside of the sanctioned play area. Up until this incident, there were no problems and no complaints about the bike rack’s location. When viewed prospectively, there was no reason for the school district or the supervising teacher to foresee this bike rack as dangerous.
The plaintiff’s assertion that she tripped on the bike rack due to its location was unsubstantiated. In fact, the location of the bike rack was well known to the students and was outside the sanctioned play area. It was the plaintiff’s out-of-bounds pursuit of the ball that led her to the bike rack. This was a regrettable but unforeseeable spontaneous off-chance accident not caused by the placement of the bike rack. There is no evidence that this was a highly dangerous, poorly constructed, poorly planned or unmonitored activity.
An important safety factor in a playground setting is adult supervision. The teacher in charge was posted properly and all of her students were in plain sight. The adult supervision at recess significantly exceeded the “industry” standard staffing ratio and the teacher in charge of this activity was located properly and watched diligently. The accident was an instantaneous off-chance occurrence. There were no observable irregular or abnormal student behaviors that indicated a necessity for immediate spontaneous supervisory intervention. There were no hazardous conditions present. This event was an unpredictable isolated fluke.
Result: Case settled before trial.
Professor Bruce Ira Levenberg B.S., M.S., M.S., P.D., SAS, SDA, is a School Safety & Security expert with DJS Associates and can be reached via email at experts@forensicDJS.com or via phone at 215-659-2010.