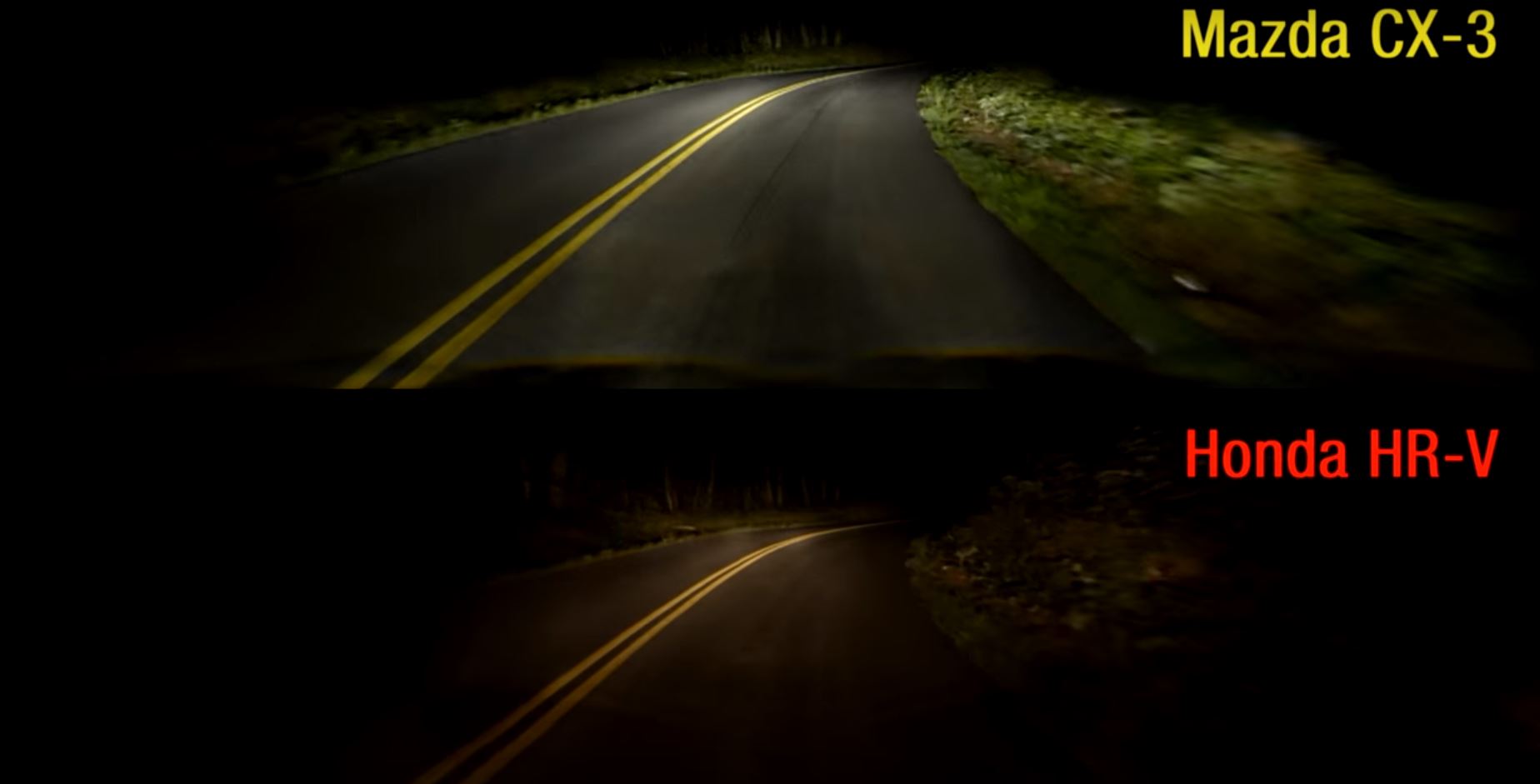 Robert S. Kinder, JR, BSME, Mechanical Engineer ::::
According to the Insurance Institute for Highway Safety (IIHS), about half of fatal traffic collisions occur either in a dark or near dark setting. A parameter such as headlight performance can have significant impact on these occurrences. The IIHS recently tested headlights from 21 small sport utility vehicles (SUV).  Although there were 47 different headlight combinations available, more than two thirds resulted in subpar performance. Interestingly enough, Honda had one of the best performing headlights, CR-V, and also one of the worst, 2016 HR-V. The Mazda CX-3 was ranked the highest in the test group utilizing LED curve-adaptive technology.
Headlight technologies in vehicles are rapidly changing. LED lights are one of the newest promoted, followed by high intensity discharge (HID) and halogen. All of which seem to have glare issues when not properly aimed. High-beam assist has been implemented on some vehicles to combat the glare issue. This feature automatically turns high beams off when another vehicle is approaching of near, allowing the vehicle operator to have unobstructed vision. Regardless of the vehicle manufacturer or type of headlight technology, real-world testing can reveal different results compared to laboratory testing.

For additional information of Headlight Technology, contact Robert S. Kinder, Jr, Mechanical Engineer with DJS Associates, via email at experts@forensicDJS.com or via phone at 215-659-2010.