Lane Change & Crash: Who, When, Where? 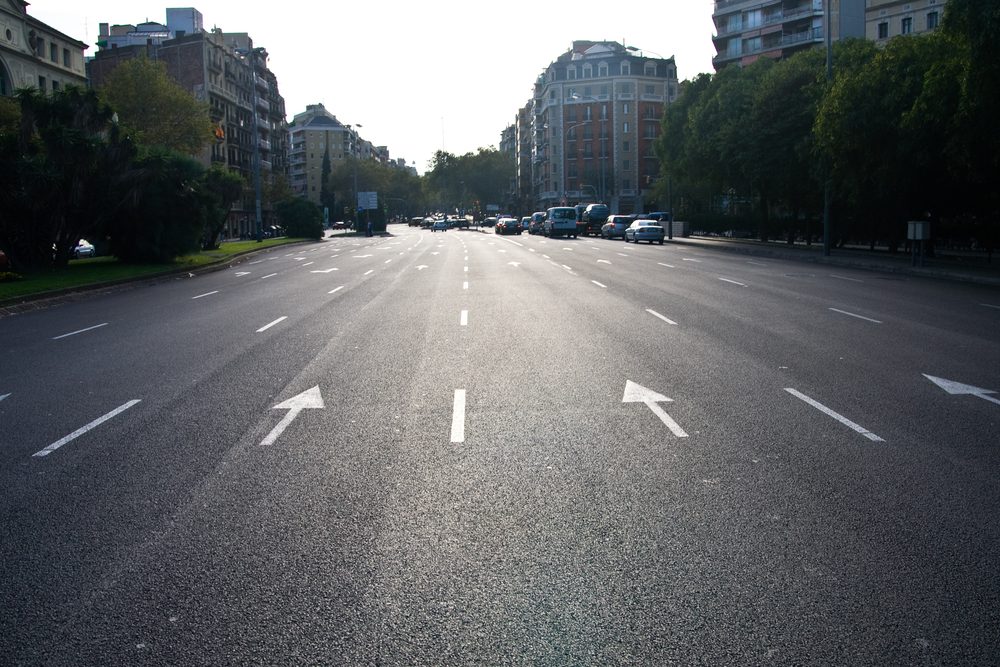 Robert S. Kinder, Jr., MS, Mechanical Engineer ::::
The driver of a Jeep SUV stated they were approaching a four-way intersection when a GMC pickup truck changed lanes and entered their path of travel, requiring the driver to steer right to avoid impacting the GMC. The Jeep then crashed into a guiderail on the right corner of the intersection. Moments prior to the incident, the Jeep and GMC vehicles were on the westbound side of the roadway in different lanes. There were three lanes in the westbound direction including a left turn only, a center, and a right lane.
An investigation revealed that the GMC was stopped for a period in the left turn only lane and then executed a right turn into the Jeep’s path of travel (center lane). As part of the investigation, data was obtained from the Event Data Recorders (EDR) in the vehicles. Using the physical evidence found at the collision site and the EDR data obtained from the vehicles, the collision sequence was reconstructed. The Jeep was operating within the posted speed limit when the event data indicated that the brakes were applied with rightward steering input consistent with the driver’s testimony. Applying the laws of physics to the available data confirmed that with full braking the Jeep did not have sufficient distance to fully stop before impacting the guiderail. The investigation also revealed that the Jeep did not have sufficient time or roadway to avoid a collision with both the GMC and the guiderail. The Jeep collided with a fixed object; however, the insurance carrier declared that the Jeep driver was not at fault. Below is a portion of the Jeep’s event data including some of the parameters recorded by the EDR and utilized to reconstruct the moments just prior to the crash. 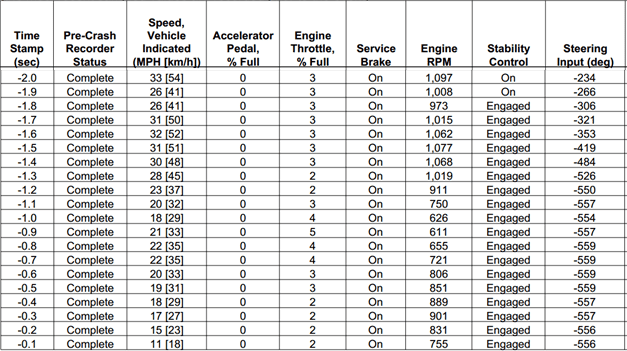 Robert S. Kinder, Jr., MS, is a Mechanical Engineer with DJS Associates, can be reached via email at experts@forensicDJS.com or via phone at 215-659-2010.