The “New” Definition of Jaywalking 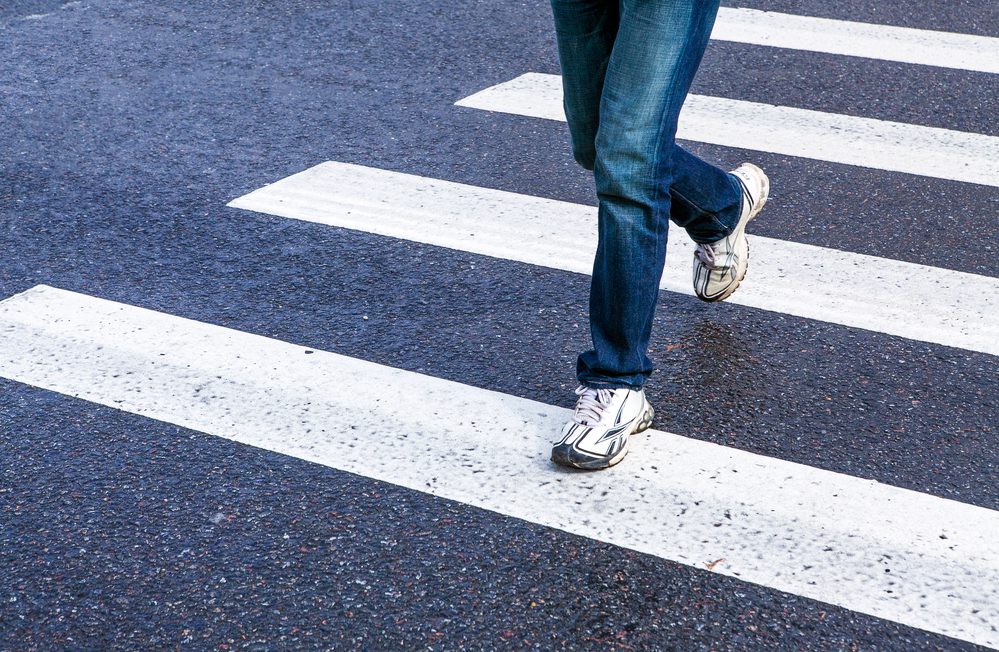 Robert T. Lynch, PE, Senior Collision Reconstruction Engineer ::::
To be fair, jaywalking is still defined as crossing a roadway without regard for approaching traffic or when it is unlawful to do so; however, the definition of what is and is not lawful is changing. For most jurisdictions, unlawful means that any pedestrian faced with a flashing “Don’t Walk” or flashing orange hand symbol at an intersection must remain on the curb and not start to cross the street, regardless of whether the traffic signal was green for vehicles in their direction of travel or what a pedestrian countdown timer indicated. In Los Angeles fines as high as $250 would be issued to any pedestrian caught crossing when the flashing hand and countdown timer were displayed. Nearly 20,000 of these tickets were issued in the Los Angeles area between 2011 and 2015, equating to over $1 million per year in revenue for the city.
A new California law that went into effect on the first of the year redefines what is “lawful” throughout the state. The new state law allows pedestrians to cross the roadway during the countdown timer, so long as they can make it to the other side before the timer strikes zero. By assessing the time remaining on the countdown timer, a pedestrian can determine whether they needed to walk quickly to completely cross the roadway or stay put on the sidewalk. That is, if your attempting to cross an intersection in California and you can make it to the other side while the countdown is on, go for it.
New York City already allows for such a provision stating that no pedestrian shall start to cross the roadway when a steady upraised hand is displayed; however, any person who has partially crossed the roadway on a flashing upraised hand must proceed to the nearest sidewalk or safety island. Anyone who has attempted to navigate the concrete jungle of NYC knows this pedestrian practice is commonplace, but interestingly, New York state law prohibits this practice. The law in the mid-Atlantic states of New York, New Jersey and Pennsylvania still prohibits pedestrians from starting to cross while facing a flashing “Don’t Walk” or upraised hand symbol. Bottom line is, if you step into a crosswalk after the pedestrian countdown timer begins, you’re putting yourself at risk, both for a fine and for your own safety.
Robert T. Lynch, PE, is a Senior Collision Reconstruction Engineer with DJS Associates and can be reached via email at experts@forensicDJS.com or via phone at 215-659-2010.