Not all “Black Boxes” are Created Equal, Until Now… 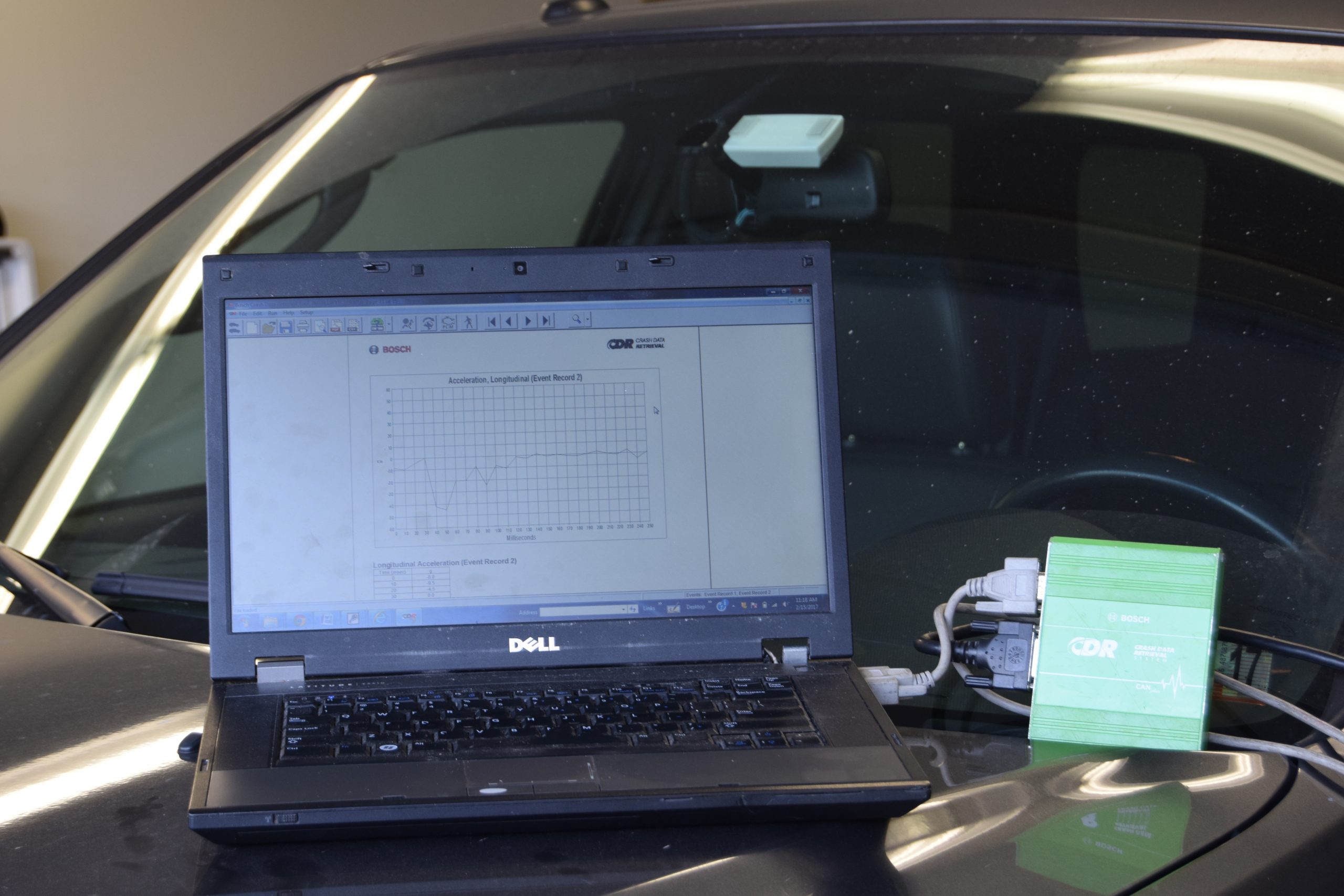 Robert T. Lynch, PE, Sr. Collision Reconstruction Engineer ::::
Nearly all vehicles sold in the US since 2013 have an event data recorder (EDR), more commonly known as a black box, which is capable of recording data in non-trivial crashes. A non-trivial crash, as defined by 49 CFR Part 563 – Event Data Recorders, is any collision resulting in a change in velocity (Delta-V) to the vehicle of more than 5 miles per hour over 150 milliseconds. Older vehicles with EDRs would typically only record data in frontal collisions, but the current regulation for vehicles requires EDRs in newer vehicles to record data in front, side and rear impacts greater than 5 miles per hour Delta-V.
If a vehicle is compliant with Part 563 (vehicles 2013 and newer) and is involved in a crash resulting in a Delta-V above 5 miles per hour, 5 seconds of pre-impact speed, acceleration and braking data will be recorded in the EDR. While this information is often valuable to reconstruct the collision, the absence of data stored in the EDR can be equally as beneficial to the reconstruction.

For example, consider a rear-end impact in stop-and-go traffic that produces little damage to the bumpers other than surface marks and scratches. This scenario is common in low-speed rear-end impacts as bumper structures on today’s vehicles are designed to absorb energy during the impact and will often restore to their original shape post-impact with no permanent deformation. If the impact does not produce a Delta-V above 5 miles per hour in either of the Part 563 compliant vehicles, then no event data will be recorded in the EDR and thus the Delta-V for the collision will not be saved. For instances where no data is recorded in the EDR, the conclusion can be made that the vehicle experienced a Delta-V below 5 miles per hour as the result of the subject incident. This information can then be considered by a biomechanical engineer to assess the maximum severity of the collision against the mechanism for the claimed injuries.
What if the subject collision occurred years ago? Or the vehicle was repaired and put back into service? If the Part 563 compliant EDR, which is housed within the airbag control module, was not replaced following the crash then any potential event data recorded during the subject incident would remain on the EDR indefinitely, unless a subsequent crash occurs that exceeds the 5 miles per hour Delta-V threshold. If no event data is recorded on the EDR, even when inspected years after the subject incident, then one can conclude that the subject vehicle never experienced a Delta-V above 5 miles per hour during the life of the vehicle.
While this information pertains to all Part 563 compliant EDRs, certain vehicles with EDRs manufactured before 2013 will record data consistent with the requirements of the regulation. Contact DJS Associates to discuss the specifics of your case and what information (if any) you can expect to obtain from the event data recorder in your case vehicle.
Robert T. Lynch, PE, Sr. Collision Reconstruction Engineer with DJS Associates, can be reached via email at experts@forensicDJS.com or via phone at 215-659-2010.