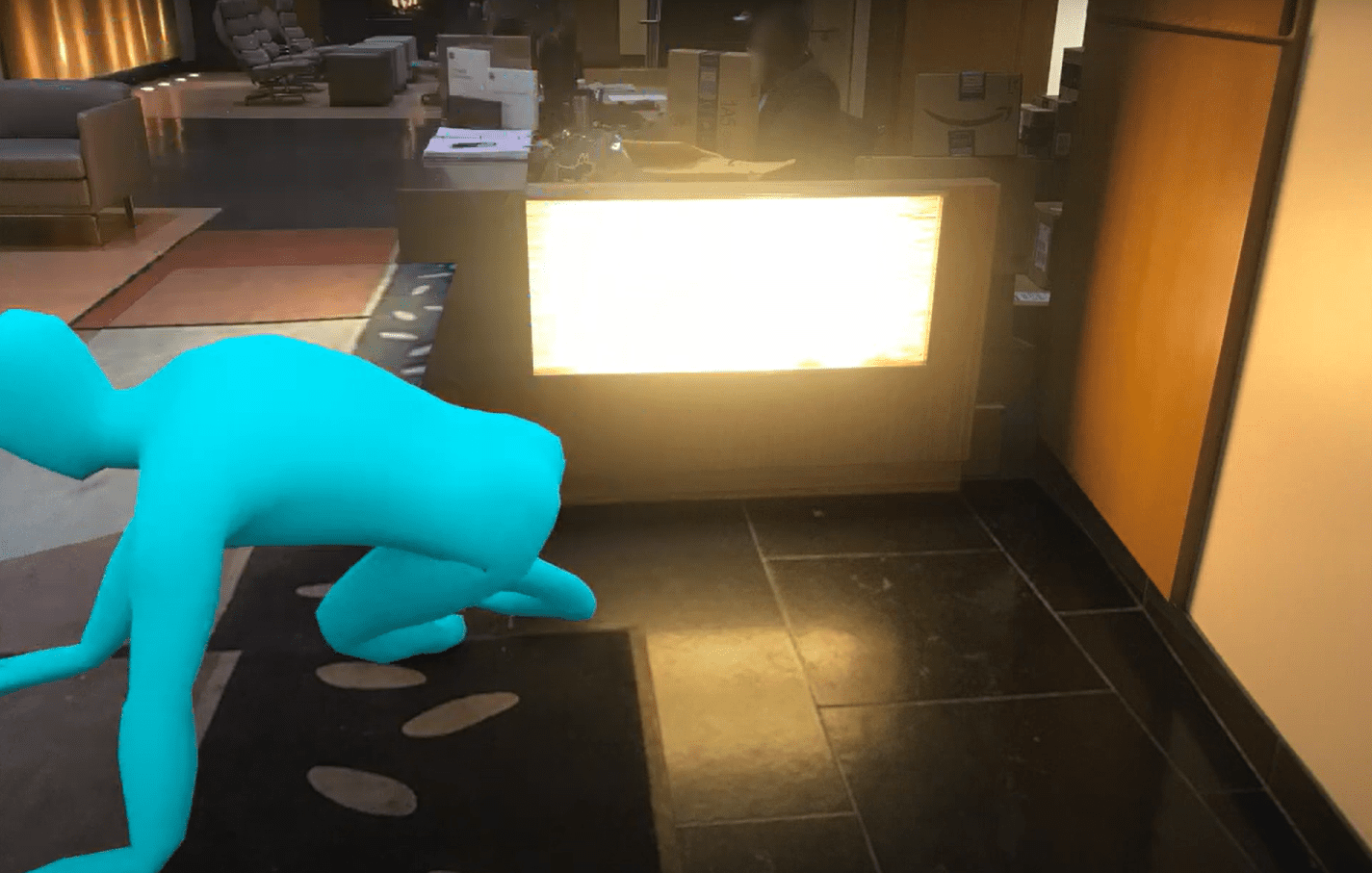 When video surveillance recorded an individual’s fall in a building lobby, DJS Associates was tasked with analyzing the video to shed light on the circumstances surrounding the fall.

Unfortunately, the building had been renovated since the incident, but this didn’t prevent accurate photogrammetry camera-match analysis to be performed using LIDAR data acquired of the site by the DJS Associates reality capture field crew.

Implementing common features still present in the environment prior to and after the renovation, the position, orientation, and field of view of the camera were established. Several scene photos were also camera-matched successfully with the LIDAR data. Of particular interest to the case, an edge of a rug in close proximity to the plaintiff’s fall was obscured in the surveillance camera. Utilizing multiple angles of the camera-matched scene photos, the obstructed area of the rugs could be established and reconstructed in 3D space. An articulated 3D model mannequin, scaled to the height of the plaintiff, was superimposed and animated over the surveillance footage to match his position and posture in space and time.

Under the guidance of a biomechanical expert, the 3D mannequin animation was refined relative to the video evidence. With an unobstructed view of the reconstructed scene, the analysis revealed the plaintiff’s footing relative to the positioning of the rug’s edge in much more detail than was originally possible from the surveillance video alone.

Laurence R. Penn, CFVT, Senior Forensic Animation / Video Specialist with DJS Associates, Inc., can be reached via email at experts@forensicDJS.com or via phone at 215-659-2010.