Shortest Route Not Always the Best on Work Site 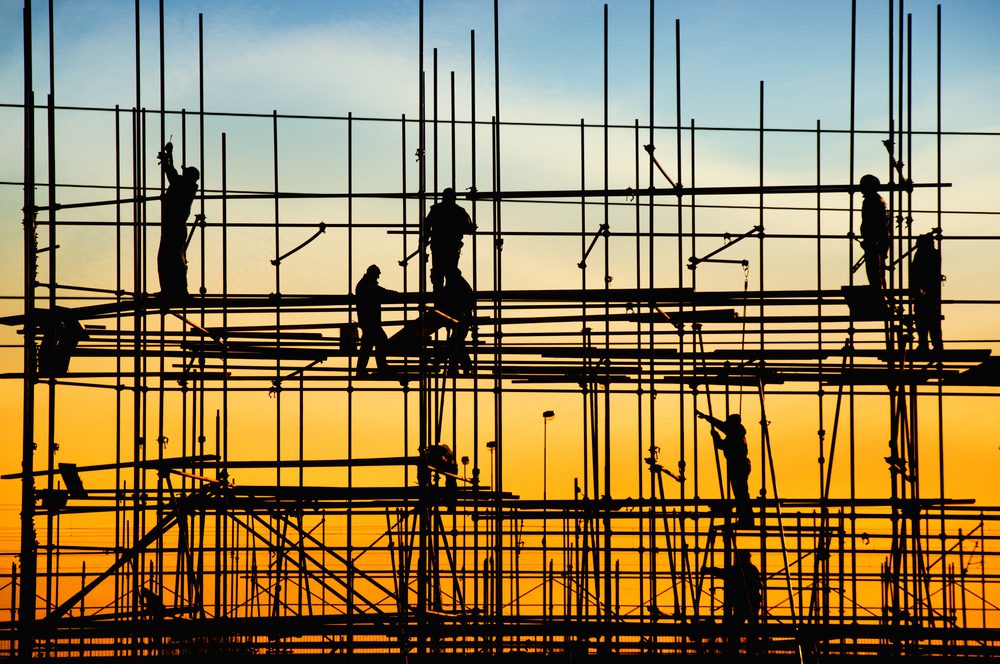 LT. Col. Bryan J. Smith, PE, Construction Site Safety / OSHA Expert ::::
Case Description/Summary: A material delivery-man was walking on the construction site to determine where materials needed to be placed for his delivery. As he tried to step through a rough-framed wall, he failed to notice the elevation differential between the room he was leaving and the one he was entering through the wall studs. Either the floors’ elevation difference or a metal concrete pour–stop present at that spot caused him to trip and fall.
Expert Analysis: The plaintiff stated that he was pushing his drywall material cart through the building, which was under construction by the defendant General Contractor (GC). Plaintiff decided to ask the subcontractor, who ordered the material, where they wanted it to be placed. The subcontractor’s men were in a room which was two areas away from where he was located at that point. Instead of pushing his cart through a nearby rough-framed door opening and down the corridor to reach those men, the plaintiff decided to abandon his cart and step through a rough-framed metal stud wall for a “short-cut”. The stud framed wall, which the plaintiff attempted to step through, was a dividing wall between two areas that were at different elevations. The side that he stepped from was eight inches lower than the other side. The dividing point between the two elevations was formed by a piece of metal that had been attached to the face of the stud framing at the side of the higher floor elevation for use as a concrete pour-stop. Plaintiff alleged that he stepped over it and then fell due to broken concrete debris on the elevated floor in the next room. During his fall, he alleged that the metal strip lacerated his leg.
General contractors have a non-delegable responsibility, according to OSHA 1926.16(a), to use reasonable care in making the overall worksite safe. The GC assigned a full-time laborer for site clean-up, and no debris was seen in the vicinity of the incident. No one instructed the plaintiff to walk through the open wall studs instead of going around the door rough-opening. Plaintiff made the decision to do so, as his past experiences as a drywall installer led him to believe it was safe to step between open metal studs in a rough-framed wall. Neither the plaintiff’s employer nor any previous employer ever provided any OSHA safety training to him. Plaintiff was not a construction worker on the incident job and he was not directly or indirectly controlled by either the GC or the subcontractor receiving the delivery. Plaintiff argued that safety warning tape should have been installed across the open wall stud cavities, though he admitted that tape would not have necessarily prevented him from doing what he did. OSHA 1926.21(b)(2) required employers to instruct each employee in the recognition and avoidance of unsafe conditions and the regulations applicable to his work environment to control or eliminate any hazards or other exposure to illness or injury. Plaintiff’s employer therefore failed to achieve their safety training responsibility. OSHA’s Multi-Employer Citation Policy was invoked by Plaintiff to assign responsibility onto the GC and subcontractor. The GC fulfilled their responsibility for overall site safety by their appropriate house cleaning accomplishment. Therefore, neither the GC nor the subcontractor created, controlled, exposed or corrected the conditions which plaintiff alleged caused his incident.
Result: The plaintiff accepted a minor settlement offer from the parties.
LT. Col. Bryan J. Smith, PE, is a Construction Site Safety / OSHA Expert with DJS Associates and can be reached via email at experts@forensicDJS.com or via phone at 215-659-2010.