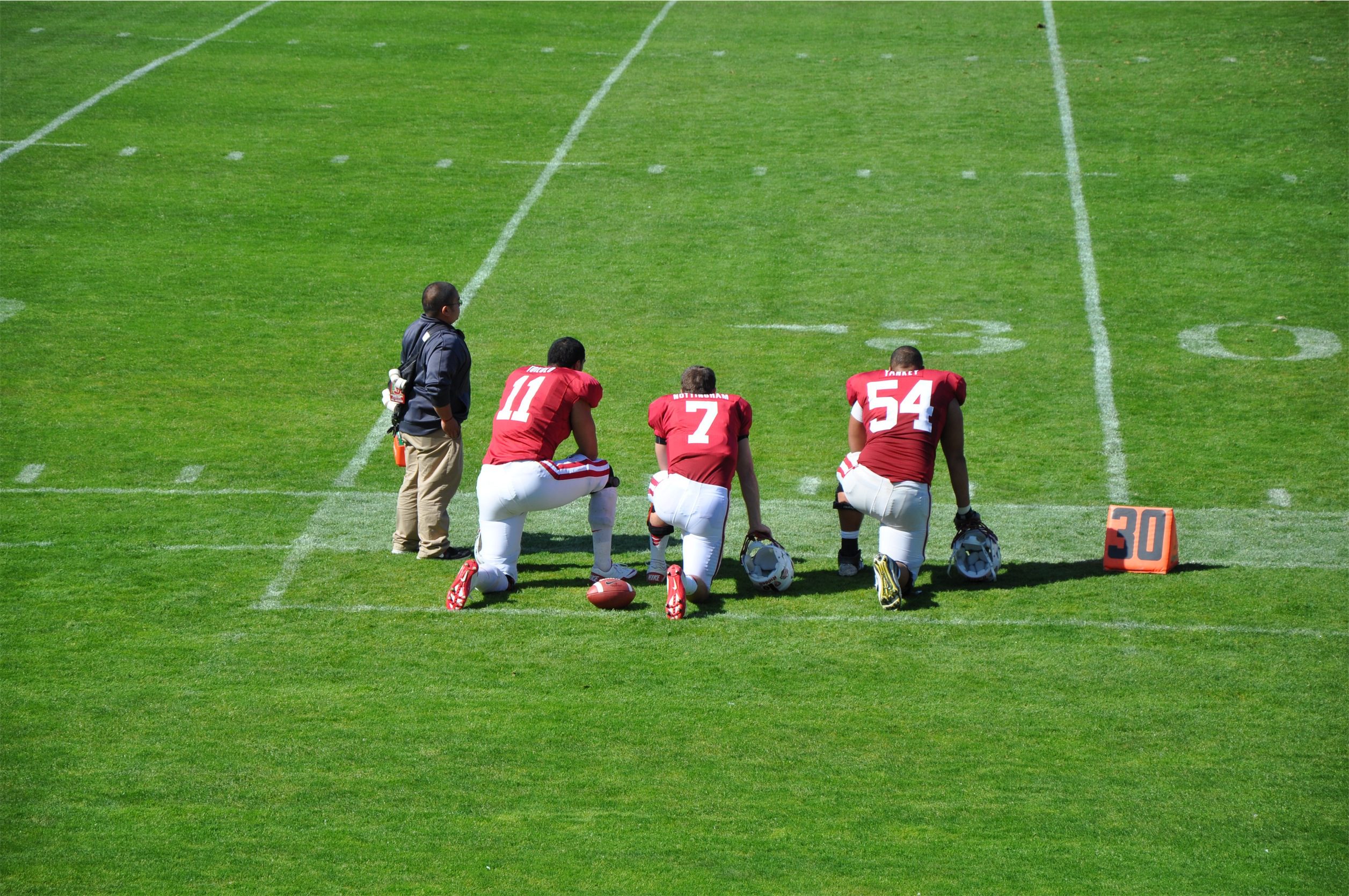 Case Summary: The plaintiff, a high school football player, attended a summer football camp at a local university with other high school teammates. The head varsity football coach recommended that members of the team attend the camp if they intended on competing for a varsity or junior position next season. Plaintiff’s Annual Athletic Pre-Participation Exam indicated no restriction from sports for health related problems and he had no previous injuries or problems with his knees. On the day of his injury, he did not notice any problems with the field and reports having no issues with fatigue prior to the drill. He was injured on a “Piggy Back Drill” in which he was required to carry another player on his back for five yards. He reports that he took a couple of steps, and his right knee collapsed on him.

He was transported by ambulance and treated at the local hospital for a dislocated knee. Surgery was performed. He had four additional surgeries for problems related to his knee injury and may require a tendon transfer and ligament re-graft surgery in the future. Plaintiff currently wears a knee brace and foot drop brace and has not participated in sports activities since his accident.
Expert Analysis: Safety is of paramount importance to all sports activities. This is particularly true with a collision sport like football. A football camp staff has a fundamental obligation to plan and implement skill training techniques that are biomechanically sound to ensure safety. There simply was no good rationale for inclusion of the “Piggy Back Drill” in activities provided by this football camp. Running is essentially an “uninterrupted series of small jumps from one foot to the other”. The ground impact forces from running are equivalent to a force that is 2-3 times body weight. The additional load the plaintiff carried during that drill represented a dramatic increase, which he was not prepared for. It is not reasonable to expect an athlete to possess the strength or coordination necessary to run in this drill safely without injury. Training drills should duplicate real game situations. It is very uncommon for a football running back to be running while supporting the full weight of an opposing player.
To properly and effectively perform a tackle, players are taught to maintain a low base of support and contact the trunk or legs. They are not taught to tackle by jumping on an opposing player’s back. A low tackle, which secures the ankles and/or legs, is preferable because in doing so an offensive player is rendered immobile. Because defensive players are instructed to “go to the ball”, there is often a crowd of defensive players around the ball carrier. It is rare that one player is in a position to be the sole tackler and attempt to take the running back down by jumping on his back. The goal in training a runner in football is to enable them to resist a horizontal force not a vertical one. Having a runner train by carrying another player on his back is not an effective training technique because this increases vertical force.
A more appropriate training technique for a running back would be to provide resistance to horizontal motion as he runs. There are safe and effective methods to accomplish this goal. Players can pair up, and one player can manually apply counter resistance around the waist of the ball carrier as he runs. Resistance could also be provided by an elastic cord, weight sled or parachute.
Case Result: Settled
James Weagley is a Physical Education and Recreation Consultant with DJS Associates and can be reached via phone or 215-659-2010 or via email at experts@forensicDJS.com.