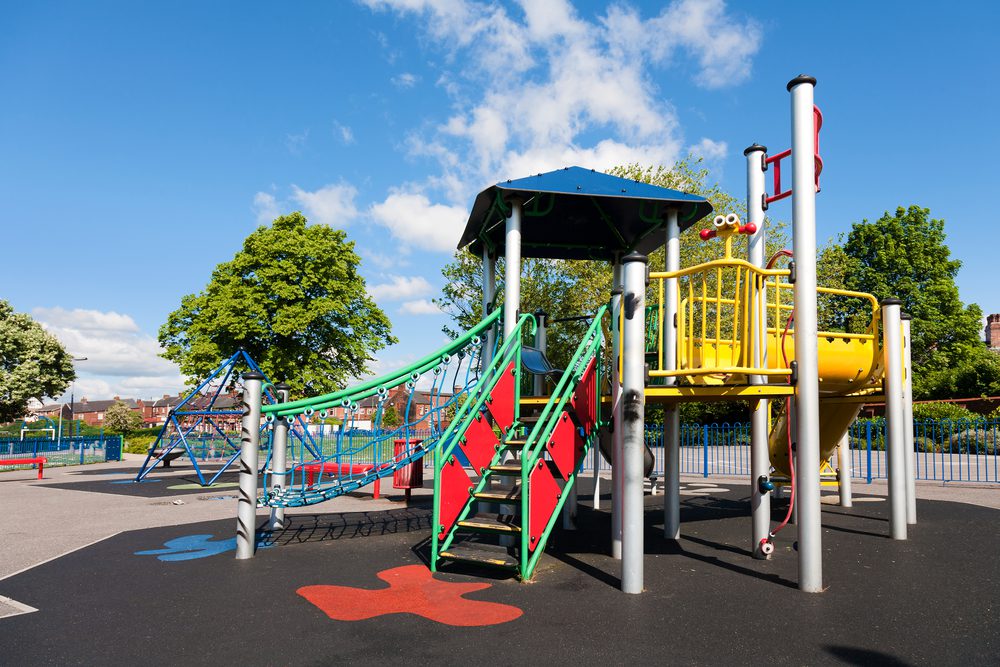 James Weagley, MS, ATC, Recreation Expert
Case Description/Summary: The plaintiff, a young boy participating in a summer camp program, fell from a playground structure when he was startled by a counselor yelling for him to get down. He sustained injuries, which required surgery and left him with residual pain and loss of motion. The plaintiff claimed that the playground was unsupervised during the time of the incident.
Analysis: According to the plaintiff’s attorney, the boy had been hanging on the outside of the playground structure and was startled when a playground supervisor yelled at him, causing his fall. Per the training manual, staff members were encouraged not to yell when they observe a child not complying with playground rules, as it might frighten them and cause an accident. The playground supervisor’s deposition indicated there were 30-50 children at the camp. The staff consisted of 10 counselors/counselors in training, a supervisor and assistant supervisor. Each staff member received a manual and training prior to the start of camp. The manual section entitled “Playground Safety” specifically required staff to be proactive by insuring proper use of all equipment. Staff members were required to demonstrate the correct method of use before the children were able to go on the playground. The plaintiff received instruction from the summer camp staff about proper use of the playground equipment and his mother reported providing instruction to him as well.
Opinion: The summer camp program was well staffed and appropriately trained. It was opined that it was reasonable to assume that the child was provided proper instruction on playground equipment use by the summer camp staff and his mother. Further, the plaintiff had attended school where the playground was located and was familiar with the equipment as well as the rules regarding its appropriate use. In his deposition, the plaintiff demonstrated a good understanding of proper use of the equipment and the safety risk associated with using the equipment improperly.
Despite plaintiff’s claim that there were no counselors present on the playground when the injury occurred, it is highly unlikely this was the case. This was an established summer camp program with an outstanding safety record and well documented safety policies and procedures. The staffing manual detailed appropriate staffing and staff responsibilities. The staff time sheet from the date of the accident indicated that there were 12 staff members supervising the playground. The playground site was appropriately staffed with a staff to camper ratio of 5:1. When providing playground supervision, the staff was instructed to spread out and move around. All of which were appropriate supervision methods.
The plaintiffs’ claim that he was startled by the camp counselor’s yell, causing him to fall, is inconsistent with his deposition. In his deposition, he indicated that he fell about 10 seconds after she yelled as he was attempting to get down. It is true that staff was instructed not to yell when they observed a child not complying with playground rules, however, this is a normal and appropriate reaction for someone in a supervisory position when they observe a child in danger. This particular counselor was 30 yards away in the parking lot when she noticed the plaintiff hanging on the outside of the playground structure. A fall risk existed at that very moment; and yelling to get the plaintiff’s attention was the only way she could provide some level of appropriate intervention at that time.
In summary, the expert opined that the plaintiff was very familiar with the appropriate rules and use of the equipment at this playground, was knowledgeable of the risks associated with hanging on the outside railing of a playground structure, and chose to use the playground equipment improperly. Additionally, since the plaintiff fell 10 seconds after the counselor yelled, the claim that it was the cause of his fall should be eliminated. It was the expert’s opinion that the plaintiff bore responsibility for his actions that resulted in the fall and the subsequent injury he sustained. The fall accident happened despite adequate staffing and supervision. The reality is that sometimes, even though we have done everything to provide a safe environment, accidents do occur. The expert witness concluded there was no evidence to indicate the actions or inactions of the summer playground employees was a causative factor in this injury.
Result: This case was settled with no finding of negligence on the part of the entity sponsoring the summer playground program.
James Weagley, MS, ATC, Recreation Expert with DJS Associates, Inc., can be reached via email at experts@forensicDJS.com or via phone at 215-659-2010.