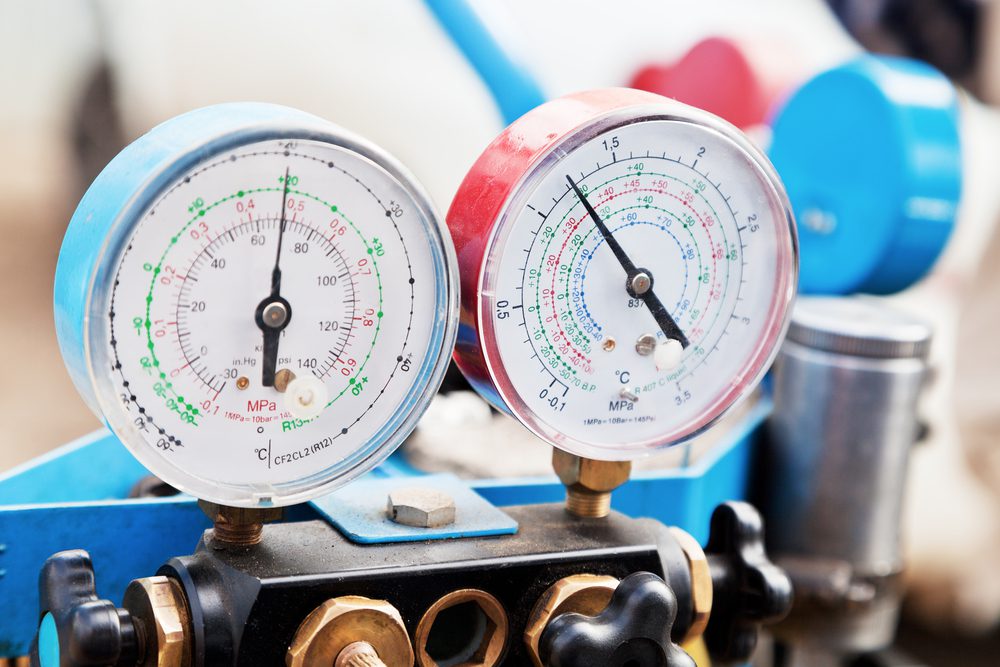 John R. Yannaccone, P.E., Senior Mechanical Engineer
Case Synopsis: A worker was operating a system used to supply water from a tank mounted on a utility vehicle. Instead of using a pump, this system used a 120-gallon water tank, which was pressurized from a compressed air cylinder. The air pressure pushes water out of the tank, referred to as an “air over water” system. While operating the system, a worker near the vehicle was blown 20 feet from where he was standing. He sustained severe blunt force trauma and died as a result of his injuries. Photographs from the incident showed that the end of the water tank dislodged from the main portion of the tank.
Expert Analysis: An inspection of the system revealed that the tank was in good condition, with no signs of corrosion or other damage. The 120-gallon water tank had a label indicating the maximum working pressure for the tank was 75 psi and must be equipped with an adequate size pressure relief valve; however, there was no pressure relief valve in this system.
The air used to pressurize the tank was supplied from a 4500 psi air cylinder through a regulator connected to the water tank with a 250 psi working pressure plastic hose. The procedure for using the tank indicated that the regulator for the air would be adjusted to 50 psi. The system’s pressure regulator was tested to determine the set pressure at the time of the incident. Testing was discontinued when the supply pressure reached 635 psi. The outlet pressure was 630 psi, indicating either the regulator was set too high or had failed. The regulator was disassembled and found to have foreign material, likely a dry lubricant not used by the regulator manufacturer, inside which likely affected the operation of the regulator. Additionally, the valve pin, which controls the flow of air through the regulator, was found to be slightly bent.
After the inspection, the regulator was cleaned, reassembled, and retested. When air was supplied to the inlet the air still flowed through the regulator. The flow could be reduced, but not stopped, resulting in the outlet pressure slowly increasing to near the supplied pressure. This permitted air to flow from the high-pressure cylinder, through the regulator, and into the water tank. Without a pressure relief valve, the water tank pressure continued to increase until the water tank failed, resulting in the tank’s end separating at a high velocity, striking the operator. The worker’s employer purchased most of the system, not including the regulator and compressed air cylinder, from an unknown party.
Result: Based on the evidence, it was determined that the pressure regulator failed during operations, allowing air to continuously flow into the tank. The lack of a pressure relief valve allowed the tank pressure to increase until the tank failed.
John R. Yannaccone, P.E., Senior Mechanical Engineer with DJS Associates, Inc., can be reached via email at experts@forensicDJS.com or via phone at 215-659-2010.