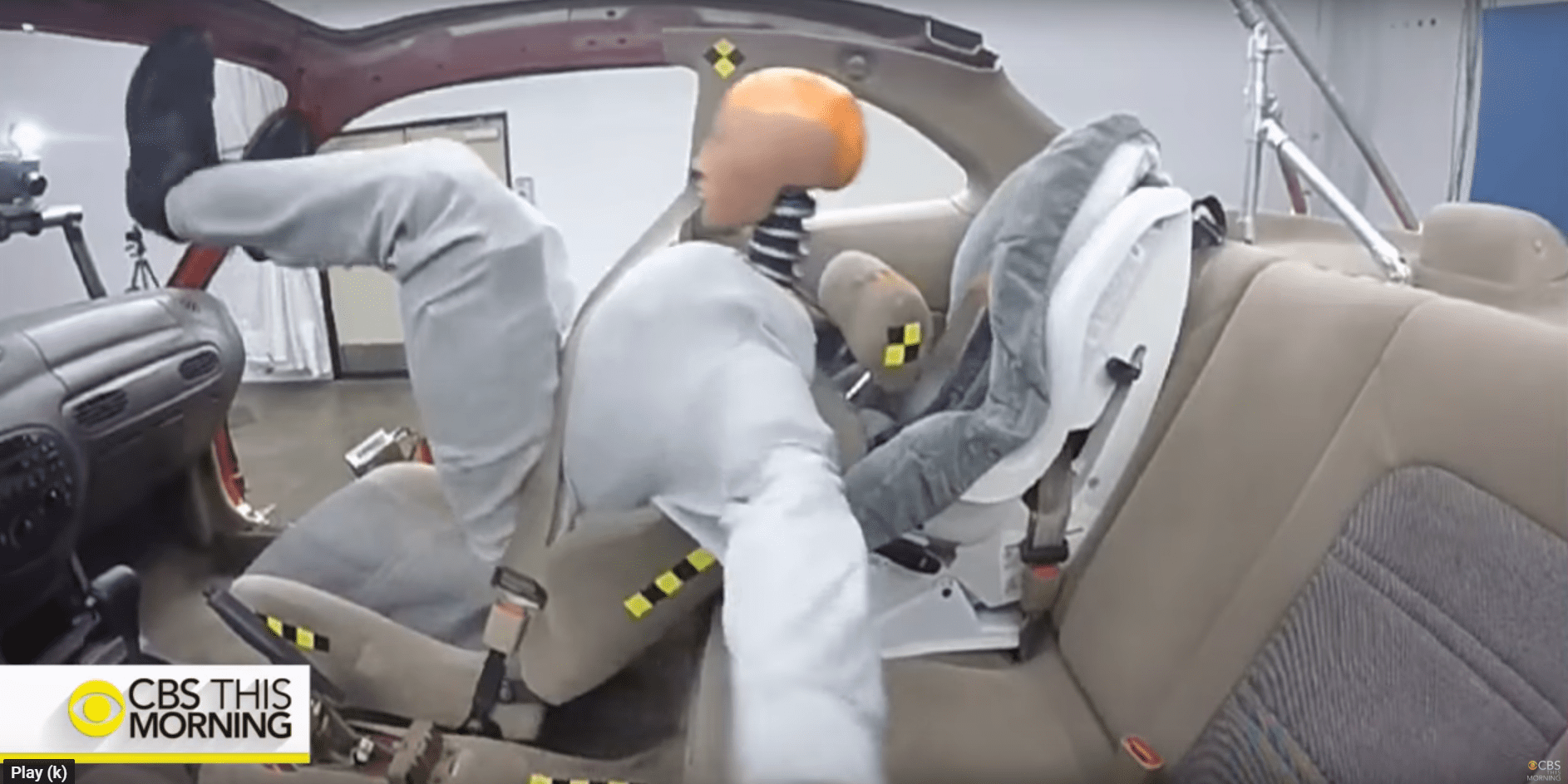 John R. Yannaccone, P.E., Sr. Mechanical Engineer
In 1966, the National Traffic and Motor Vehicle Safety Act established a set of safety standards for motor vehicles and established the National Highway Safety Bureau, now known as the National Highway Traffic Safety Administration (NHTSA). The Federal Motor Vehicle Safety Standard (FMVSS) 207, which focuses on the strength of vehicle seats, was among the standards established. FMVSS 207 includes a requirement for the strength of the seatback, which is tested by applying a rearward force near the top of the seatback and limits the post-test deformation after the seat is subjected to a specified moment or torque (a force applied at a distance). For decades, engineers have argued the FMVSS 207 requirements are inadequate for the safety of occupants in rear impacts.
When a vehicle is struck from behind, the seatback provides the primary means of restraint to the occupant. When the seatback deforms rearward, it can result in several issues. Once the seat reaches around 45° recline angle, it starts to lose the ability to retain the occupant and they begin to slide up the seatback. This can result in the occupant impacting the rear seat with their head or being ejected from under the seatbelt, exposing the occupant to a wide range of injuries. In addition to affecting the front seat occupants of the vehicle, this deformation of a seatback can expose backseat occupants to potential injuries.
One does not need to look any further than FMVSS 301 Fuel System Integrity rear impact tests to see the result of low strength seatback designs. When the rear of the test vehicle is impacted by a moving barrier, it is not uncommon to see the front seatbacks deform rearward and the occupants disappear below the windows. Since FMVSS 301 is a test of the integrity of the fuel system, these dummies are not instrumented to measure occupant forces and accelerations. However, video and post-test photographs frequently show reason for concern about how well these occupants would have been protected during the crash. NHTSA recently published a study supporting that rearward deformation of seats poses a risk of injury to occupants.
While FMVSS 207 has not changed, many vehicle manufacturers have adopted internal standards that not only include higher seatback strength requirements, but also include performance requirements in a dynamic test. Many of these internal standards include a limit on the rearward rotation of a seatback in a simulated rear impact crash. When the seatback is of adequate strength, it not only prevents the front seat and occupant from intruding into a rear occupant’s space, but also keeps the seatback in a position to support and control the motion of the occupant.
Increased strength also required the seatback height and head restraint design to improve. Evidence of such is illustrated in the results of the Insurance Institute for Highway Safety (IIHS) testing of head restraints. Far more vehicle head restraints are being rated as “Good” or “Acceptable” today than in the past when a “Poor” rating was far more common.
Perhaps we will soon see NHTSA update the requirements of FMVSS 207 to provide for improved occupant protection in rear impacts.
John R. Yannaccone, P.E., Sr. Mechanical Engineer with DJS Associates, Inc., can be reached via email at experts@forensicDJS.com or via phone at 215-659-2010.