James R. Schmidt, Jr., BSME, Sr. Collision Reconstruction Engineer
Surveillance cameras are becoming increasingly more prevalent in today’s world, and videos from these surveillance cameras are oftentimes invaluable to an accident reconstruction analysis.
In this example, the movement of a municipal trash truck is captured by a residential video doorbell. This is just an example, as the trash truck was simply making its routine weekly pickup and was not involved in a collision. We sharpen our skills by evaluating such videos for practice. 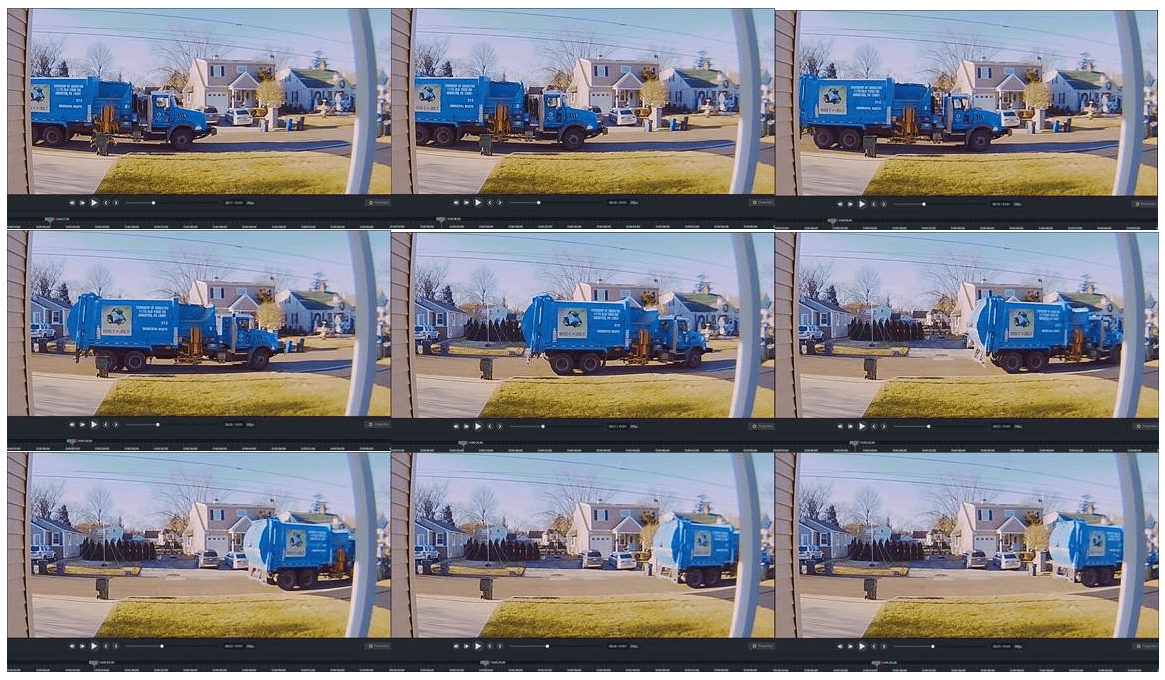 As you’ve likely seen in our other examples, we can evaluate the speed of a vehicle from video, even if the video shows only a fraction of a second of the vehicle’s movement. In this example, we’ve evaluated average speed of the trash truck as it moves from one stop to the next. Inherently included in this evaluation is the distance the truck traveled over this same time period, being that speed is calculated from distance divided by time. Truck acceleration from a stop and deceleration back to a stop could also be calculated, if necessary. You can see the acceleration in the increasing speed at the beginning of the plot, then the speed tops out at about 8 mph, after which the speed decreases, which is the deceleration heading toward the next stop. END_OF_DOCUMENT_TOKEN_TO_BE_REPLACED

There’s a good chance an interior surveillance camera located close to a window will capture activity or an incident outside of the property it is primarily intended to surveil. Such was the case when a surveillance camera observing the entrance of a store captured a collision where a right turning truck collided with a cyclist traveling the same direction on a narrow city street. In fact, there were many cameras that captured the incident, including three cameras from two different businesses and the dashcam on the truck itself.
Videogrammetry techniques were used to camera match one of the surveillance videos to high resolution 3D scan data of the site. The truck was also documented, and its 3D data used to re-create a trajectory as depicted in the surveillance video. Videogrammetry analysis of the other cameras helped confirm the results of the vehicle tracking. END_OF_DOCUMENT_TOKEN_TO_BE_REPLACED