The Analysis of Video: Can You Really Improve the Quality? 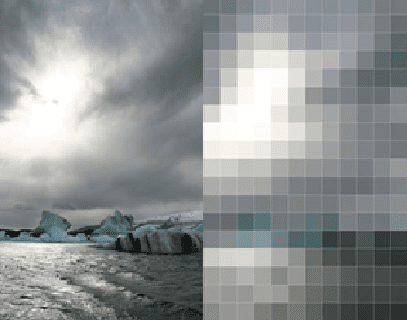 Steven M. Schorr, PE, President of DJS Associates ::::
Video, including surveillance video, event video from vehicles, and other captured video data, is becoming more and more prevalent in today’s society. Forensic professionals have the tools to utilize video shots from one specific angle, match it to accurate three-dimensional measurements of the area, and garner critical data such as speeds of moving objects, relative positions, and sight lines. The ability to do this is partially dependent on the quality of the video shots. Recently, software has become available that allows engineers (and others) to “scientifically improve” the raw surveillance video such that otherwise unusable video frames, indiscriminately recorded by surveillance video cameras, can now become a source of potentially critical data for the analysis of collisions and other events. “Super-resolution” is a mathematical term utilized by scientists to describe a set of methods of “upscaling” or “upsizing” videos or images. “Upscale” means to increase the resolution in either image processing or video editing. Most super-resolution techniques are based on utilizing information from several different images to create one “upsized” image. Algorithms try to extract details from every image in a sequence to reconstruct other frames. This multi-frame approach differs significantly from sophisticated image (single frame) upsizing methods, which try to synthesize artificial details. Super-resolution (SR) works most effectively when several low-resolution images contain slightly different perspectives of the same object.
Then, the total information about the object exceeds information from any single frame. The best case is when an object moves in the video. Motion detection and tracking are then employed to benefit upscaling. If an object doesn’t move at all and is identical in all frames, no extra information can be collected. If an object moves or transforms too quickly, then it looks very different in sequential frames and it becomes too difficult to use information from one frame in reconstructing the other. Super-resolution technology has become “mainstream” to the extent that new software has become available (and usable) to those not in academia or the government. This technology has tremendous potential usage in the forensic field, expanding the potential sources for data.
Steven M. Schorr, PE, President of DJS Associates, can be reached via email at experts@forensicDJS.com or via phone at 215-659-2010.