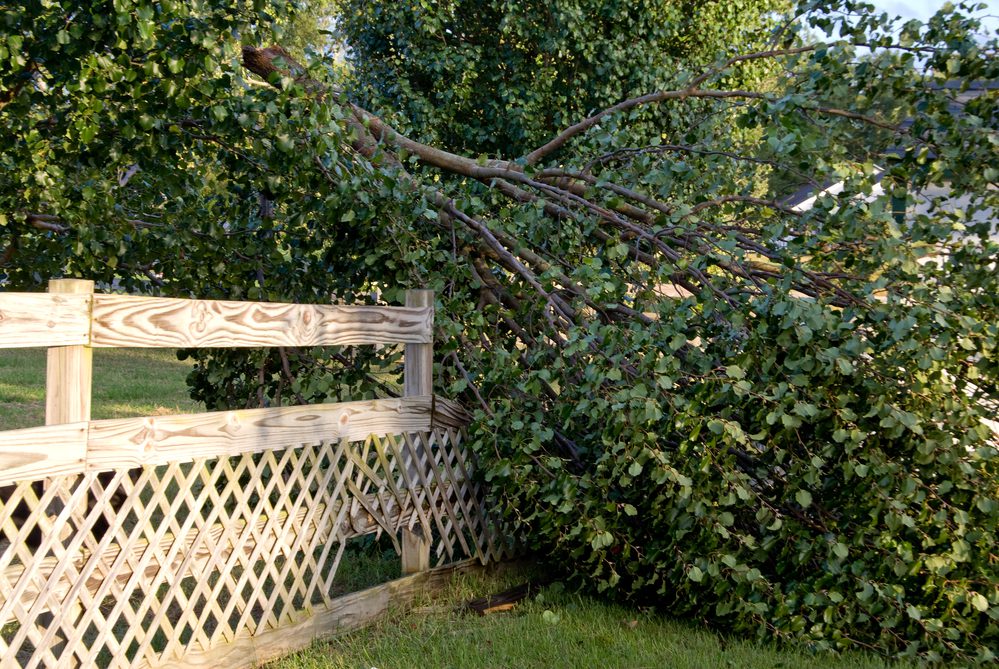 Russell E. Carlson, RCA, BCMA, Arboricultural Consultant
Case Synopsis: A line of severe thunderstorms accompanied by strong winds passed over the central Pennsylvania region. Trees and utility wires were brought down throughout the region. In a local town, at a municipal park, a summer amusement festival was in progress. With the approach of the storm, the festival organizers closed the grounds and asked all patrons to leave the premises. Some workers at the festival remained to close the booths and secure the site.
One worker in the main food tent was moving equipment to a secure location away from the anticipated rain. The storm struck suddenly, with wind gusts blasting through the area. A large Norway maple tree broke at a crotch about 6 feet above the ground, crashing through the food tent, striking and pinning the volunteer worker beneath the limbs causing serious injuries.
Analysis: Questions raised included whether the defects that were present in the tree and that resulted in the limb failure were identifiable in advance, and who should have been aware of those defects. The park was owned by the municipality. A tree service contractor had been employed on occasion to provide tree care services to trees in this park and other locations in town, and had been working on the site within two months of the incident. Both were named as defendants.
The analysis showed that the tree was an old Norway maple, with three main co-dominant trunks. The area where the trunks diverged had a condition called included bark, a known indicator of crotch weakness in large trees. Retrospective inspection after the tree broke revealed that the interior of the trunk that fell was extensively decayed. The profile for this species of tree indicates that older Norway maples are subject to extensive decay, especially when associated with narrow crotch angles and included bark. Although the tree failed during a strong-wind event, the tree was at high risk of failure even under lesser loads.
Based on the analysis of the tree failure, it was determined that the weakened condition of the tree was readily apparent to visual inspection prior to the failure incident. Casual observation of the tree would have identified the narrow crotch configuration and the presence of included bark between the large trunks. Simple testing procedures, such as sounding with a mallet for hollowness, could have detected the presence of decay. The tree service personnel had sufficient training and experience to be aware of these conditions, and should have known that the tree presented an elevated risk of failure. The municipality expected that the tree service would make basic risk assessments of its trees and provide warnings and recommendations for appropriate action. The municipality was also deemed to be at fault for its failure to clearly specify that the tree service was expected to provide basic risk assessments and safety warnings.
Result: Both parties settled separately.
Russell E. Carlson, RCA, BCMA, Arboricultural Consultant with DJS Associates, Inc., can be reached via email at experts@forensicDJS.com or via phone at 215-659-2010.