The Point of the Points: GPS Coordinates- How Many Decimal Places Are Really Needed? 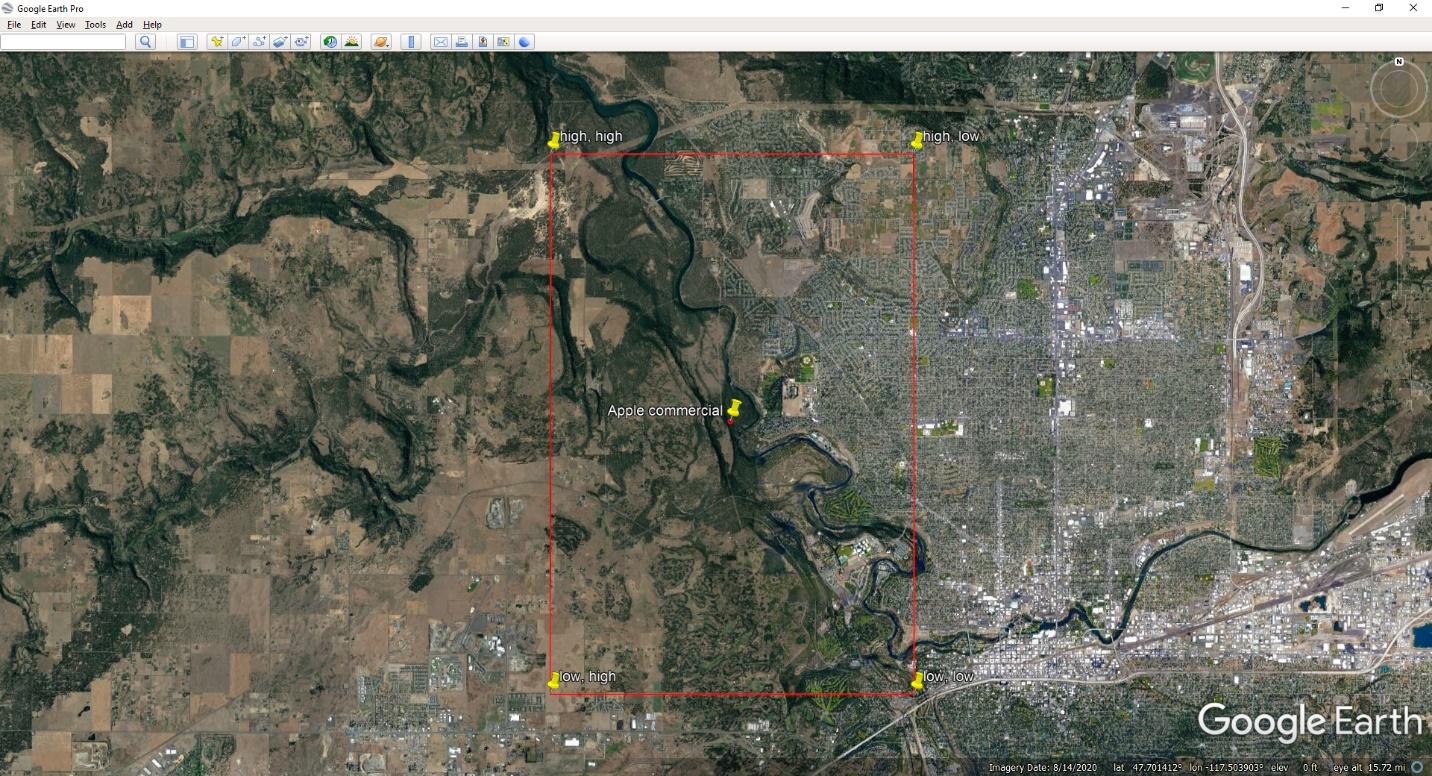 During last year’s NFL Super Wild Card Weekend playoff games on tv, I saw an advertisement for the Apple Watch Series 7.  In the commercial, there is a simulated emergency wherein someone is reported to have taken a hard fall, and not responding to their Apple watch fall detection feature.  As such, an emergency call is placed by the Apple Watch, the LAT/LONG coordinates of their position are given to 1 decimal place, and it is indicated that the estimated search radius is 41 meters (which equates to 134.5 feet).

The Apple Watch commercial drew my attention because I knew that 1 decimal place on LAT/LONG coordinates wasn’t going to even remotely come close to honing in on a specific point, let alone get you within 41 meters (134.5 feet) of that point as noted in the commercial’s simulated emergency.

An extents box with an area of 31.5 square miles around the actual point of interest box was obtained.  The person in the simulated emergency could be located anywhere within this box, and still have their LAT/LONG coordinates round to the 1 decimal place given in the commercial.  While the person could be right at the point given in the commercial, it is just as likely that the person could be over 4 miles away from that point, perhaps never to be found.  In fact, that person would be more likely to hit the Powerball many times over before ever being found based on coordinates given to 1 decimal place, and we all know how impossible it is to hit the Powerball just one time.

So, while I don’t own an Apple Watch, and I don’t know the accuracy or number of decimal places of the GPS coordinates it may actually transmit in the case of an emergency, I do know that LAT/LONG given to 1 decimal place will, for all intents and purposes, never let the person in distress be found.  In fact, in this example, GPS coordinates to 5 decimal places are needed to circumscribe a square with a 269-foot side length around the circle with a search radius of 41 meters (134.5 feet) given in the commercial: