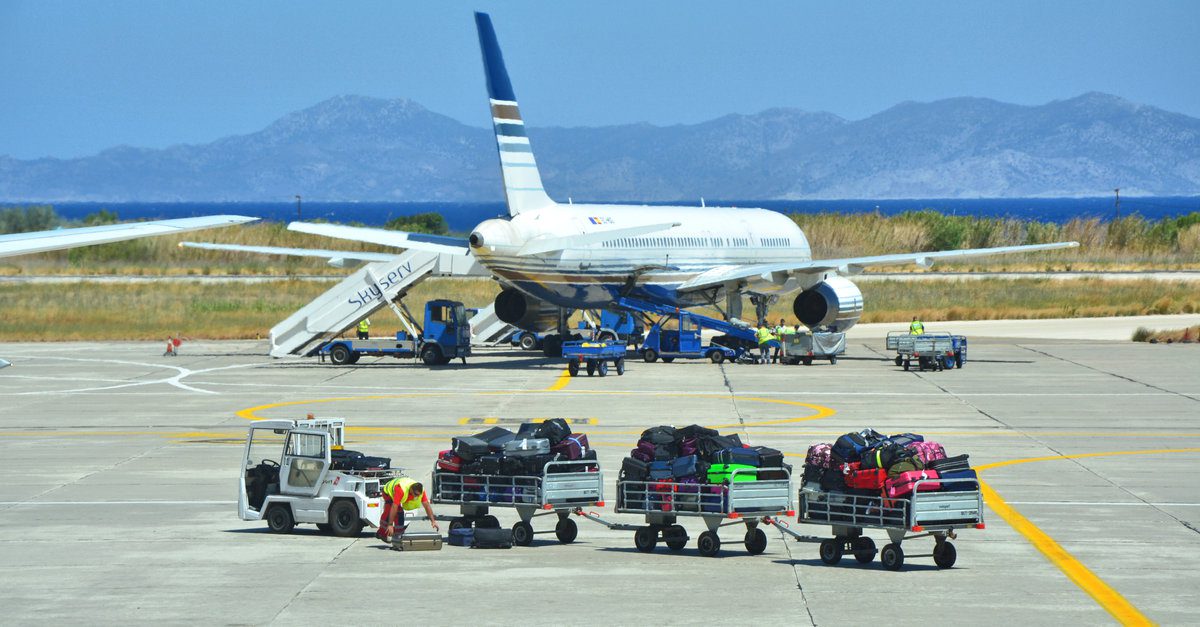 John R. Yannaccone, P.E., Principal Mechanical Engineer
Incident Description: An airline worker was retrieving a bag from a luggage conveyer when another worker arrived on a baggage tug to retrieve baggage. The arriving worker stopped the tug near the conveyer and exited the cab to look for the needed bags. After locating one of the bags, he reportedly placed it on the tug’s passenger seat and went to look for additional bags. The bag slipped from the seat and landed on the accelerator pedal of the tug, causing the tug to move forward, pinning the co-worker against the protective structures around the conveyer. The pinned worker was extricated from the area and suffered severe fractures to her leg.
Expert Analysis: The tug had numerous features that, when used properly, should have prevented the tug from moving when the bag fell on the accelerator. Proper operation of the tug included placing the tug in neutral and applying the parking brake before exiting the cab, two steps the tug operator admitted he did not do prior to exiting the cab. When the tug was inspected following this incident, the drive direction switch and parking brake both functioned and would prevent motion of the tug when properly positioned. The driver further indicated that although he had been trained not to leave the cab with the key on, and not to place baggage in the cab, he did both of these things on the day of the incident.
In addition to relying on the operator to properly operate the baggage tug, the design had additional features to prevent an unoccupied tug from moving. The driver’s seat of the tug was equipped with an operator presence system that uses a seat switch to prevent the tug from moving when the accelerator is pressed if the driver’s seat is unoccupied. This switch would activate when the driver got off the seat by the seat being lifted up by two springs, allowing the switch to change states, indicating there was no operator in the driver’s seat. On the day of the inspection, this operator presence system was operating intermittently. Further investigation revealed one of the two springs used to lift the seat was missing and the bushings for the seats pivot rod were missing. The missing bushings would increase the force needed to move the seat, while the missing spring would reduce the force available to move the seat. The combination of the two resulted in the seat switch remaining in position, therefore indicating an occupied driver’s seat even though there was no one in the cab. None of the missing components could be removed without disassembling the seat. Maintenance records indicated the seat had been removed several months prior to the incident as part of another repair.
The operating manual, as well as the procedures for inspection and use of the tug, required the operator to verify the function of the operator presence feature daily. The airline is also required to perform periodic maintenance checks which included inspection of the operator presence system. Given the function of the switch at the time of the inspection, had such checks been properly performed in accordance with the instructions, the issues with the operator presence system should have been detected.
The combination of the malfunctioning operator presence system, the lack of proper inspection, and the driver’s failure to properly park the tug and follow airline policies combined to allow the tug to move when the bag fell onto the accelerator pedal. Had the tug been operating as designed and properly maintained, the tug would not have moved, even with the operator’s other errors, when the bag fell on the accelerator.
Result: The case resolved prior to trial.
John R. Yannaccone, P.E., Principal Mechanical Engineer with DJS Associates, Inc., can be reached via email at experts@forensicDJS.com or via phone at 215-659-2010.