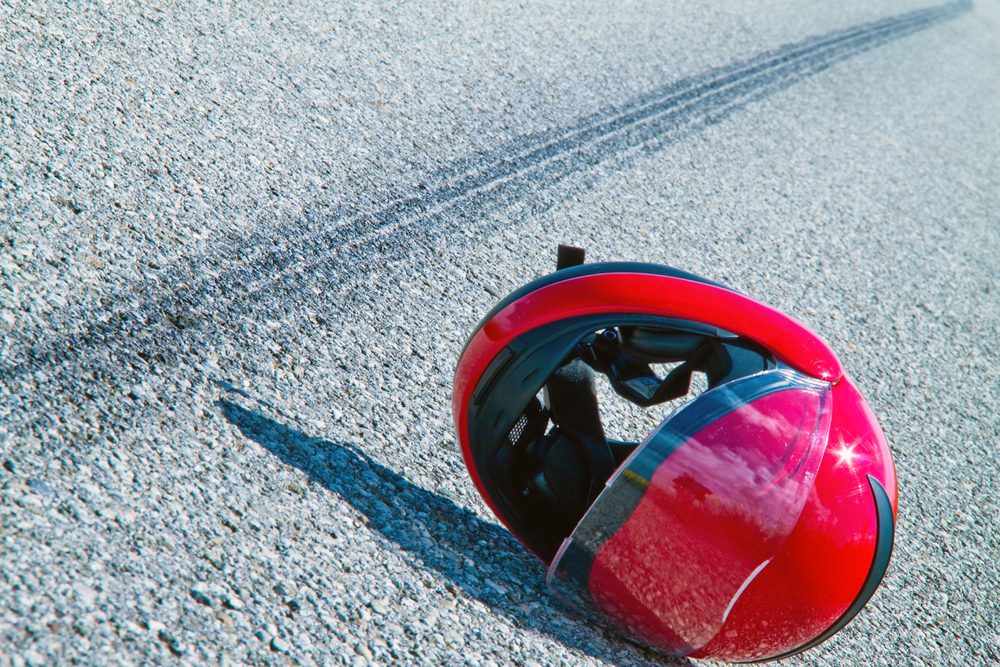 For a left-turn motorcycle case (where a vehicle suddenly turns left in front of an oncoming motorcycle), pre-impact evidence from the motorcycle, if it exists, can be in the form of skid marks from braking and/or scrape marks from the motorcycle being laid down and sliding to the point of impact. A common misconception among those who don’t ride, and even those who do, is that the best option to stop as quickly as possible when faced with a sudden emergency is to dump the bike.

We are here to tell you that this is not the best avoidance maneuver, as a sliding motorcycle slows less quickly than one that is upright and braking to a stop.

The underlying answer lies within a proper understanding of drag factor, a term used to describe the friction between an object (i.e.- rubber tire or motorcycle on its side) and the road surface. A vehicle attempting to stop on a sheet of ice would have a low drag factor, while one stopping on a dry road surface will have a high drag factor and therefore stop in a shorter distance.

Generally speaking, a motorcycle sliding on its side will have about half (or possibly less than half) the drag factor of an upright motorcycle braking with its tires still in contact with the roadway. This equates to twice the stopping distance for a sliding motorcycle compared to one that remains upright.

Hopefully, a rider is never faced with an emergency situation requiring them to attempt to stop their bike before impact, but if they are, the best rider response is to apply hard braking while keeping the bike upright.

Lan Tomasi, BSME, Engineering Analyst with DJS Associates, Inc., can be reached via email at experts@forensicDJS.com or via phone at 215-659-2010.