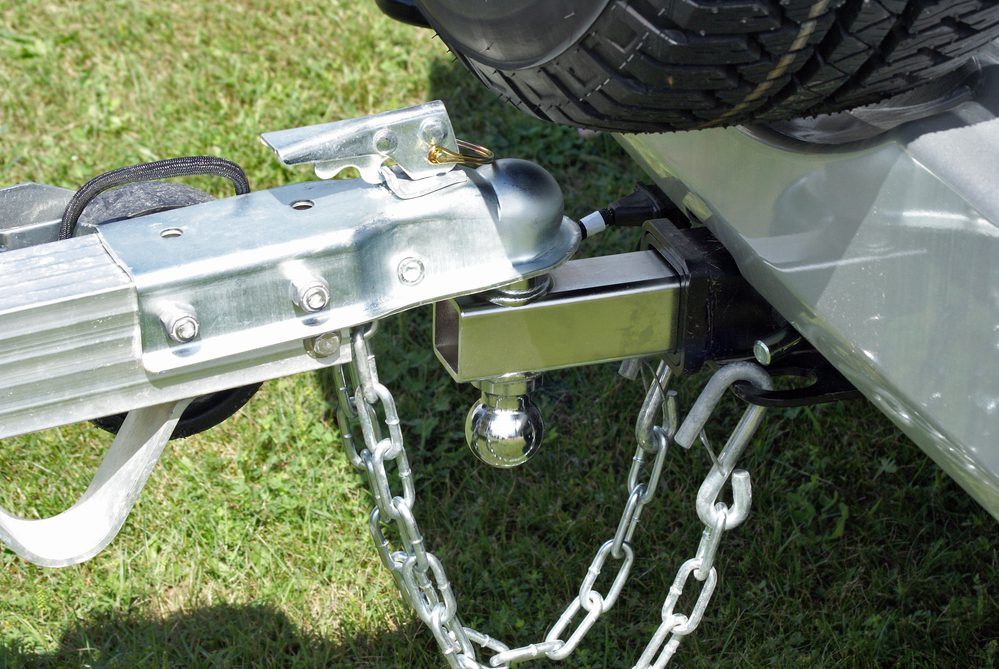 R. Scott King, BSME, CFEI, Principal Automotive/Mechanical Engineer
Trailering a boat or camper is often associated with fun and adventure. Making the connection between the towing vehicle and trailer is usually the last step before departure; however, experience routinely shows that there are several important steps to undertake before it is “wheels up.” There are several resources available to the recreational tower. One such resource provided here by the National Highway Traffic and Safety Administration (NHTSA) includes several pre-trip checks and considerations relating to towing safety. Among them are properly matched equipment, weight and weight distribution, and equipment condition. A recent case demonstrated how important these checks can be.
Several members of a family were seriously injured when the vehicle they were traveling in departed the roadway and overturned. At the time of the incident, they were on their way to a family get-away and were towing a camper they had recently purchased. Scene investigators discovered roadway evidence indicating that the towing combination began to sway back and forth before its operator ultimately lost control. Witness statements corroborated that evidence and the towing vehicle’s event data recorder (EDR) provided details about the travel speed just before the crash. However, this information did not explain why the loss of control occurred.
Exploring further, engineers recreated the load and its distribution within the camper and then compared the weight values to the vehicle’s recommended towing limits. Doing so revealed there was insufficient weight at the connection point between the trailer and its towing vehicle. Called “tongue weight,” this value refers to the force, or weight, that the trailer applies to the tow bar on the back of the vehicle. Usually that force is directed downward; however, neutral, or even upward tongue forces can occur depending on loading. In either case, tongue weight that is not properly controlled through weight and weight distribution, can cause braking or instability problems. In this case, investigators determined that load distribution within the trailer was nearly neutral. As a result, the trailer created a tendency to “lift” the rear drive wheels of the towing vehicle, which, at highway speed, resulted in a severe sway condition. Aggravating the weight distribution problem was the fact that the mechanical connection between the two vehicles had loosened during the trip. On both points, investigators concluded that simple but important pre-trip safety checks and considerations were not made and that the failure to make them contributed to the incident.
R. Scott King, BSME, CFEI, Principal Automotive/Mechanical Engineer with DJS Associates, Inc., can be reached via email at experts@forensicDJS.com or via phone at 215-659-2010.