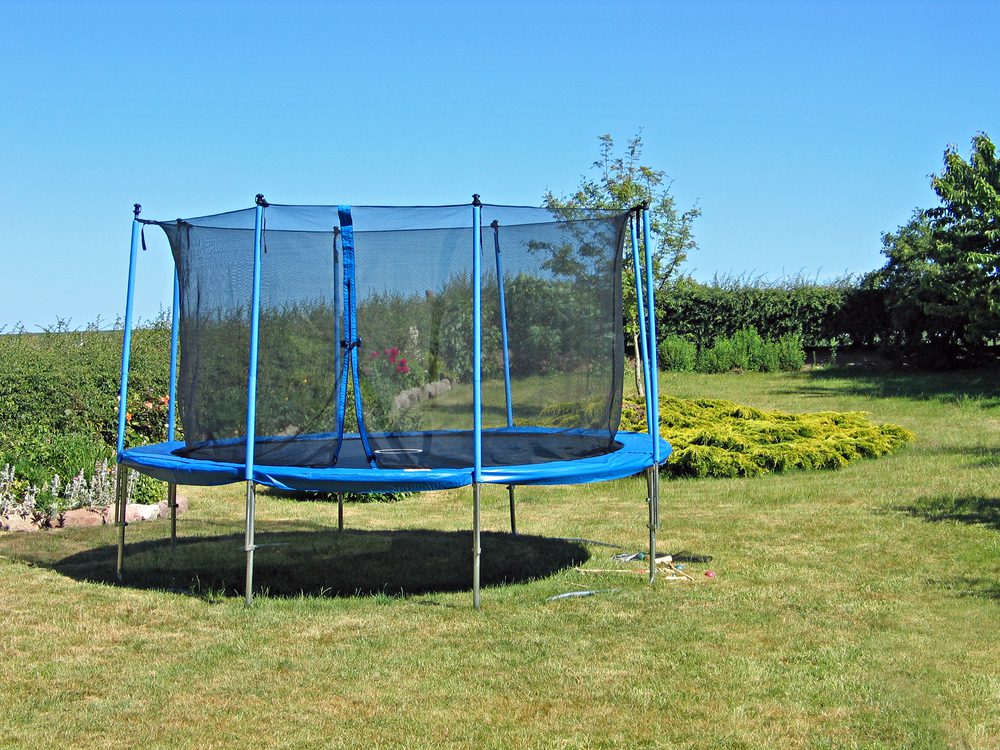 Alan R. Caskey, Ph.D., Recreation and Parks Safety Consultant ::::
The A.S.T.M. Standard for trampolines was adopted in 1974. The ASTM 381-16 trampoline standard was used by schools, community recreational centers, numerous youth groups, and private organizations.
Untrained and unsupervised use of these trampolines led to the numerous paralyzing neck injuries with various medical groups editorializing the need to remove existing trampolines and ban all sales of home or recreational trampolines in the United States. (American Academy of Pediatrics, May 19, 1979)
The number of injuries (50,000) (based on a hospital study in 1995), reflects the severity of safety concerns to children less than 15 years old. Various medical and professional groups called for the banning of trampolines resulting in no more sales of new trampolines, no insuring of existing trampolines, and removal of trampolines from a public agency (parks, schools, institutions).
Trampoline manufacturers retained a consulting firm to conduct a study of trampoline injuries and develop a working program to keep trampoline sales allowed in the United States. The consulting firm presented their study of trampoline injuries to A.S.T.M Committee F-8 and the U. S. Consumer Products Safety Commission. (Failure Analysis Associates, Inc., Analysis of Issues Associated with Trampolines, December 10, 1997)
The consulting firm, U. S. Consumer Products Safety Commission, and ASTM F-8 agreed on, (1) a warning requirement on packaging of trampolines, (2) signs on each trampoline, and (3) requirement for a competent trained supervisor when using a trampoline. Backyard residential trampolines have acquired enclosing netting to keep individuals from intentionally or un-intentionally jumping/falling off a trampoline.
Like unfenced swimming pools, trampolines require restricted access with nets and locks to keep off unsupervised jumpers. The ASTM F-8 Committee developed ASTM Standard F-381 (Components, Assembly, Use, and Labeling of Consumer Trampolines). The F-381 standard requires, (1) only one jumper per trampoline on a six by ten-foot space, (2) the jumper be supervised one-on-one by a competent person trained in safe gymnastic/trampoline protocols, (3) the trampoline surface be horizontal to the floor, (4) no inverted jumping, and (5) children under six years of age are not allowed to use the trampoline.
Some state courts do not believe that an unsupervised, unsecured, and an accessible trampoline is an attractive nuisance. Backyard trampolines have evolved now with a six-foot screen that surrounds the trampoline and if locked will keep the uninvited user from and off the trampoline.
The second round of trampoline litigation is in the beginning stages. ASTM F-24 Committee adopted in 2013 ASTM 2970, Design, Manufacture, Installation, Operation, Maintenance, Inspection and Major Modification of Trampoline Courts. This F-24 Standard Committee is for amusement rides and devices. Each trampoline is approximately 6’ X 10’, similar to the ASTM F-8 Standard F-381 trampoline. However, there may be ten rows of five trampolines in each row with 5’ X 10’ trampolines lining one or two side walls of the ten rows of 5’ X 10’ trampolines. Jumpers can and do jump from trampoline to trampoline off the side wall trampoline onto the next row of the horizontal trampolines.
Injuries to jumpers at these new trampoline parks will be chronicled in medical journals similar to articles about backyard trampolines in the 1970’s, 80’s, and 90’s. The ASTM F-24 Committee Standard 2970 covers the design and operation of trampoline parks. ASTM 2970 was originally introduced in 2013. In many trampoline park layouts, banks of trampolines are lined up so some trampolines are completely surrounded by other trampolines.
No one can possibly choreograph the bounding direction of at least five side by side and surrounded trampolines. There is no designed direction that jumpers have to go similar to any ice/roller rink when everyone goes clockwise or counter clockwise. Some trampoline jumpers will go where they aim while others unable to direct their trajectory will crash and trash themselves or others.
ASTM-381 vs. ASTM-2970 will be an interesting comparison for a jury to decide if a one child on one trampoline with one qualified instructor is safer and is in a more reasonable situation than an unlimited number of jumpers with one supervisor per 32 jumpers jumping off 45-degree side walls onto one of three trampoline surfaces accessible from the 45-degree bed.
Alan R. Caskey, Ph.D., Recreation and Parks Safety Consultant with DJS Associates, can be reached via email at experts@forensicDJS.com or via phone at 215-659-2010.