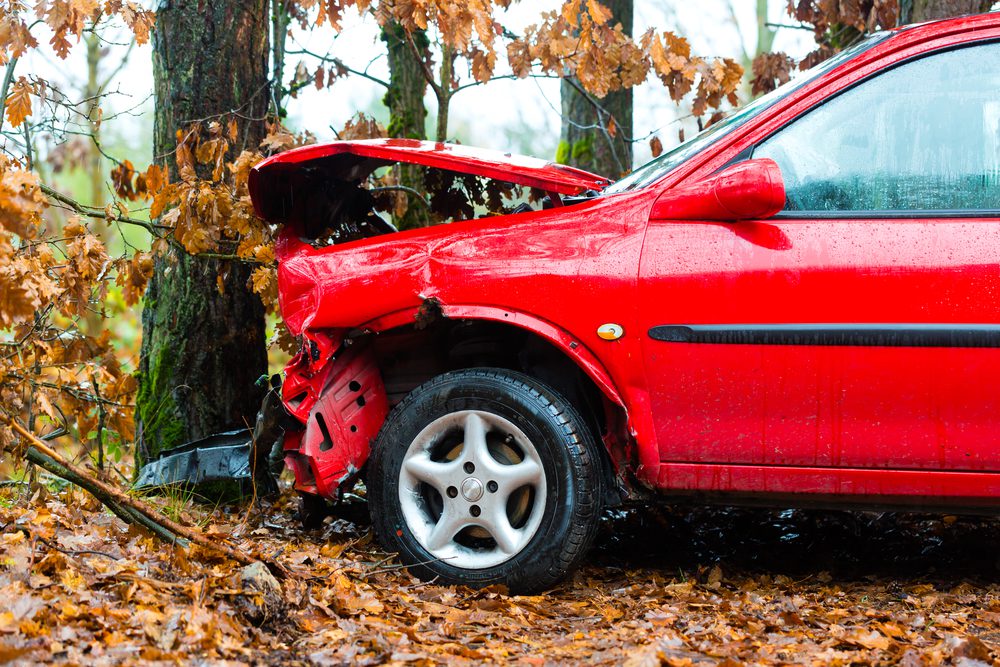 R. Scott King, BSME, Principal Automotive / Mechanical Engineer ::::
While standing at their property edge, waiting for a school bus, a father and son were seriously injured when they were struck by a passing vehicle that had crossed the opposing travel lane and departed the roadway. The vehicle traveled a short distance after the initial incident and came to a controlled stop in the roadway. Then, after a brief delay, the vehicle accelerated, traveled a short distance, and struck a tree. After the incident, witnesses reported the operator of the impacting vehicle was using her cell phone and appeared confused.
The vehicle operator reported no recollection of the incident and police investigators found nothing to indicate a mechanical malfunction. This conclusion was confirmed by an independent forensic examination, which included downloading data from the vehicle’s Event Data Recorder (EDR). The information from the EDR included five seconds of pre-crash data, as well as a crash-pulse record quantifying the crash severity. This particular EDR could record data associated with only one event. In this case, there were two events: the initial impact with the father and son, and the second with the tree.
Review of the data revealed that, consistent with witness statements, the vehicle had been stopped for at least 2 seconds prior to an impact that caused its airbags to deploy and that it accelerated due to a fully applied accelerator pedal. Further, the crash-pulse record reflected data consistent with an impact with a tree.
Although there was no data associated with the vehicle’s initial impact with the boy and his father, both the EDR information and the mechanical evaluation showed that at all times before the incident, the vehicle was operating as its operator commanded it to.
R. Scott King, BSME, Principal Automotive / Mechanical Engineer with DJS Associates, can be reached via email at experts@forensicDJS.com or via phone at 215-659-2010.