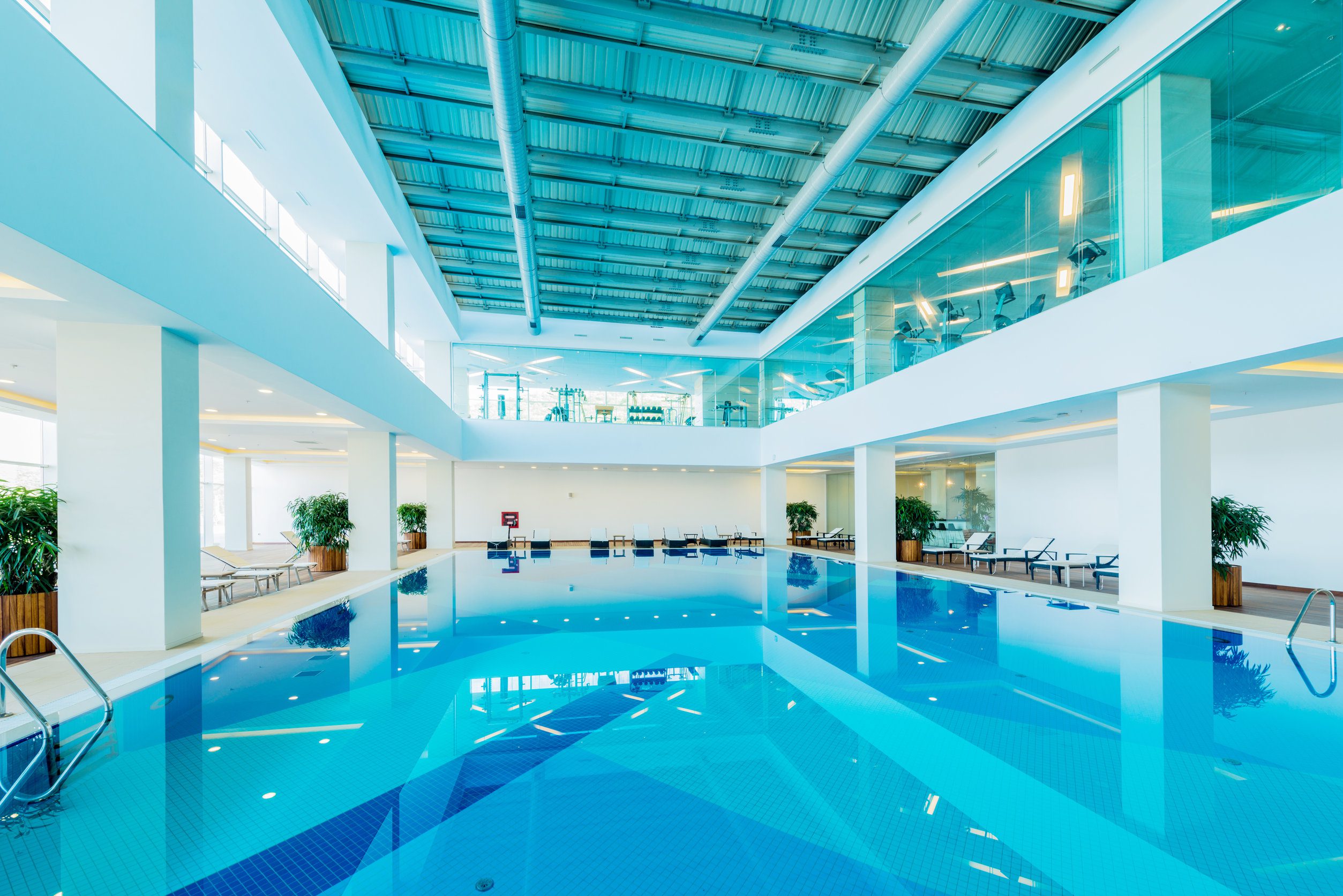 Tom Griffiths, Ed.D., Aquatics Safety Expert
Case Synopsis: Middle-aged woman slipped on a hotel swimming pool deck after exiting a hot water spa. Slip and falls in this particular area of an indoor pool are not uncommon and can be easily prevented with proper pool design and maintenance.
Key Issues: First and foremost, the pool deck surface must be made of a non-slip material. Having said that, even tiles with a high degree of non-slip material can become slippery when deck tiles are too large and water collects on the surface of the tile. The best non-slip decks use small mosaic tiles which allow water to gravitate to the grout joints and off the tiles to prevent hydroplaning of the bare foot. The most effective non-slip tiles should be 1” X 1” or 2” X 2” tiles. In this case the tiles were just too large; 8” X 8 “. While many hotel, motel and resort pools use larger ceramic tiles for their aesthetics, even though they may feel rough to the touch, they can be extremely slippery when wet.
Making matters worse in this case was poor drainage in the pool area that did not remove water from the deck effectively, thus creating “pooling” on the deck and slippery conditions when wet. Additionally, the swimming pool deck was not cleaned regularly, causing slimy algae and mold growth which produced slipperiness.
Days after breaking her ankle on the hotel pool deck, the woman died suddenly. Plaintiff argued that the sudden fall on the slippery and poorly maintained pool deck not only caused her to break her ankle but also caused her untimely death. Although there was a substantial award to the plaintiff for her broken ankle, medical testimony failed to prove that the fall led to her death.
Tom Griffiths, Ed.D., Aquatics Safety Expert with DJS Associates, Inc., can be reached via email at experts@forensicDJS.com or via phone at 215-659-2010.