What Could the Truck Operator See? The 3D Evaluation of Surveillance Videos 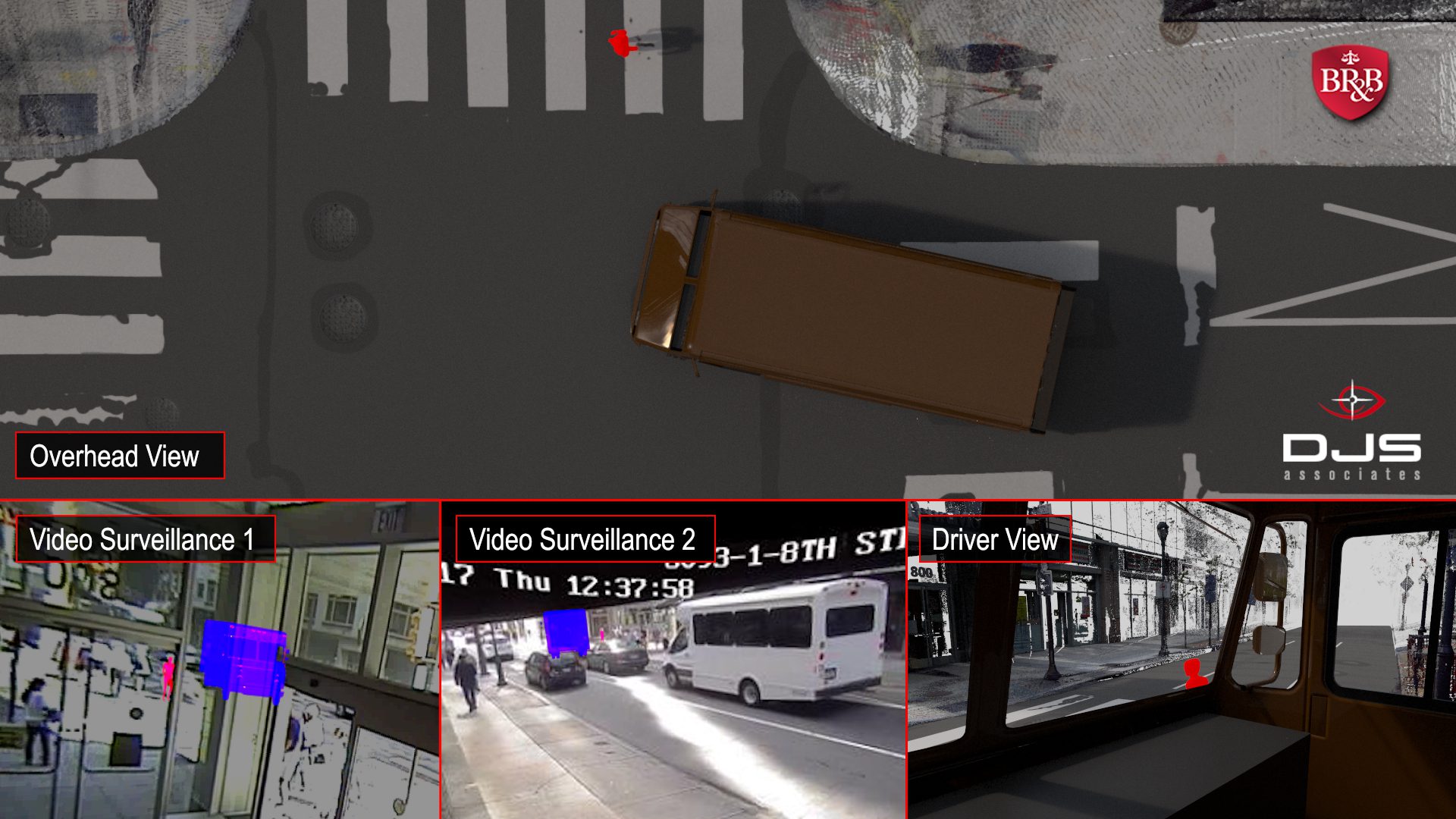 A collision occurred when a northbound pedestrian was crossing a city street and was struck by a right turning, southbound to westbound truck. The truck operator testified that the pedestrian was not visible to him as he executed the turn.
Two surveillance videos picked up portions of the movements of the vehicles prior to and at the time of the collision. A northbound facing camera showed the back of the pedestrian approaching and entering the roadway and showed the front of the left turning truck strike the pedestrian. A southbound facing camera showed the back of the left turning truck and portions of the front of the pedestrian approaching the collision area. The question that needed to be answered was, “could/should the truck driver have seen the pedestrian prior to impact?”
To complete the analysis the surveillance video had to be “camera matched” to the scene environment. This was accomplished by taking 3D measurements of the site and vehicle to create an accurate, to-scale 3D vehicle and environment. Then, using computer-software designed specifically for this purpose, selected points on the right turning truck and the walking pedestrian were “tracked” (their location within the 3D environment were identified in each frame of the video).
By doing so, the movement of both the pedestrian and the truck were accurately plotted within the 3D environment. Since the environment is three-dimensional, the modeled movement also shows the view of what the truck driver could see. The 3D analysis illustrated that despite the truck operator’s testimony to the contrary, he had an unobstructed view of the pedestrian for the entire time she was on the roadway prior to the collision.
A video of the entire computer-aided engineering analysis was presented to the trier of fact showing each step of the process from site data collection; to how the objects were tracked; to the creation of the 3D models; and finally, what the truck operator could see. The case was resolved once it was clear that the truck operator could and should have seen the pedestrian in sufficient time to avoid the collision.
Steven M. Schorr, PE, President of DJS Associates and Laurence Penn, 3D Animations/Technical Assistant with DJS Associates, can be reached via email at experts@forensicDJS.com or via phone at 215-659-2010.