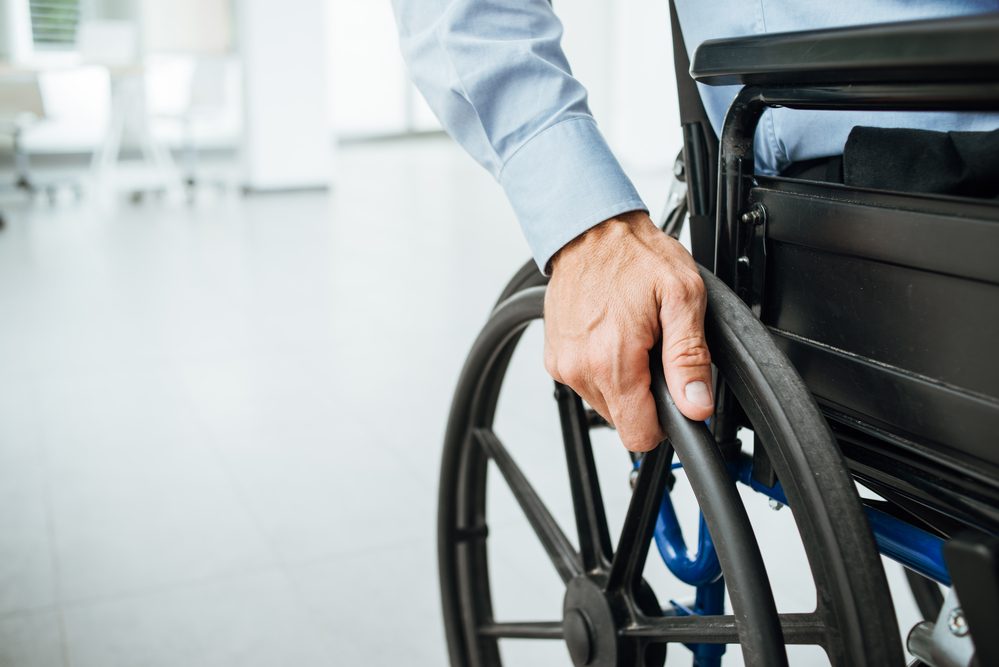 John R. Yannaccone, P.E., Senior Mechanical Engineer
Case Synopsis: A residential facility contracted with a service to transport a patient, in her power wheelchair, to another facility for treatment. While enroute the transport van was struck by another vehicle, which reportedly failed to stop at a stop sign. After the crash, the patient being transported was found entrapped in the occupant belt with the shoulder portion across her neck and the wheelchair overturned. The patient died from blunt force trauma and neck fracture.
In addition to the residential facility, transport company and both drivers, the manufacturers of the van, wheelchair and wheelchair restraint system were also named defendants.
Expert Analysis: The damage to the transport van indicated a moderately severe impact to the right front corner. While the wheelchair had been removed from the vehicle after the crash, the wheelchair tiedown straps were still attached to the floor tracks. The positioning of the anchors along the tracks was inconsistent with the size of the wheelchair in use at the time of the crash. In addition, the front and rear anchors were attached too close to each other. In particular, the rear anchors were closer together than required for proper securement of the wheelchair. Along with inappropriately securing the patient for transport, the driver’s employer was unable to produce any training records for the driver related to the use of Wheelchair Tiedown and Occupant Restraint Systems (WTORS). In his deposition, the driver of the transport van was not able to correctly describe how to attach the WTORS used in the vehicle, and admitted they had only briefly been shown how to use the system when they began working for the company. The driver also testified that no one from the residential facility assisted in securing the patient for transport at the time of pickup.
Review of the vehicle, WTORS and wheelchair showed no evidence of problems or defects which would have prevented the system from functioning properly had it been correctly used by the transport driver. The residential facility’s contract required the transport company to supply a vehicle with WTORS and a driver certified in the use of the WTORS by the manufacturer of the system. The contract also indicated the transport company was responsible for the patient from the time they exited the building until they were returned to the building.
Result: Due to the lack of any evidence of defects with the involved products, the manufacturers were dismissed from the case. Settlement was reached prior to trial, with the transport company paying the largest portion of the settlement.
John R. Yannaccone, P.E., Senior Mechanical Engineer with DJS Associates, Inc., can be reached via email at experts@forensicDJS.com or via phone at 215-659-2010.