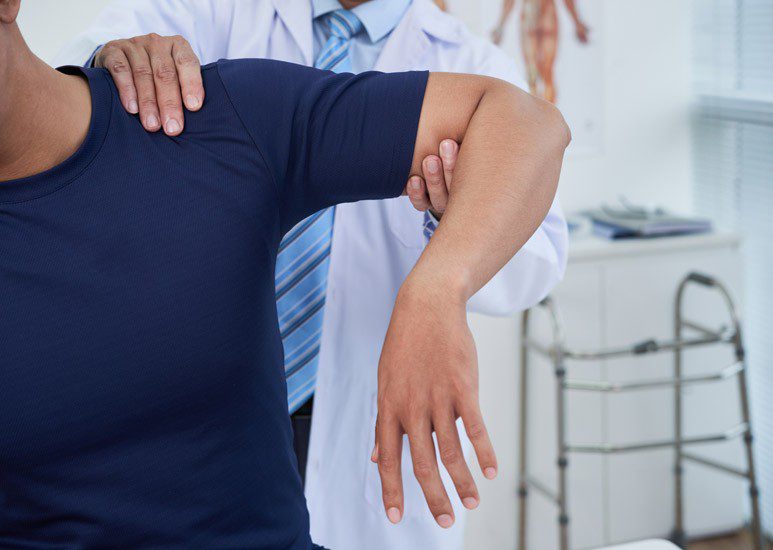 Robert J. Nobilini, Ph.D., Biomechanical Engineer
Case Synopsis: Plaintiff was the operator of a vehicle that was initially impacted on the front driver’s side corner by a vehicle prior to being struck in the rear by a second vehicle. Plaintiff incurred a left shoulder supraspinatus tendon tear during the subject incident. It was requested that the dynamics of the two impacts be examined to determine which impact caused the plaintiff’s left shoulder injury.
Expert Analysis: The vehicle dynamics of each of the two impacts were unique. Plaintiff was traveling at about 35 mph prior to the first impact. During this impact, the plaintiff’s vehicle was decelerated to a stop as the front end was pushed to the right. During the second impact, the plaintiff’s vehicle was accelerated in the forward direction. The severity of the second impact was determined to be low, with the plaintiff’s vehicle incurring a delta-v of less than 5 mph.
Based upon the laws of physics, during the first impact, plaintiff’s body moved to the left and forward with respect to the interior of her vehicle. She testified that her body did not impact the driver’s door. This testimony was consistent with plaintiff using her left arm to decelerate her body and prevent it from impacting the door as she moved to her left. As a result, her left arm was forced towards her body (forcefully adducted). The supraspinatus muscle/tendon is one of four muscles that form the rotator cuff of the shoulder. Contraction of the supraspinatus muscle causes the shoulder to move out and away from the body (abduct). The forceful adduction of the plaintiff’s left shoulder as she resisted her movement into the door loaded the supraspinatus tendon and produced a mechanism of injury for her left shoulder injury.
During the second impact, the plaintiff was initially forced back into her seat. She then rebounded forward to her preimpact position. Any forward movement of her body beyond its preimpact position was attenuated by her seatbelt. The loading of the seatbelt was across the plaintiff’s left clavicle and not across the joint. This loading would not have created a mechanism of injury consistent with the plaintiff’s left shoulder injury.
It was therefore determined that the plaintiff’s left shoulder injuries were causally related to the first impact and not to the second impact that she experienced.
Result: Case settled.
Robert J. Nobilini, Ph.D., Biomechanical Engineer with DJS Associates, Inc., can be reached via email at experts@forensicDJS.com or via phone at 215-659-2010.