The Wrong Way To Clean A Meat Mixer/Blender 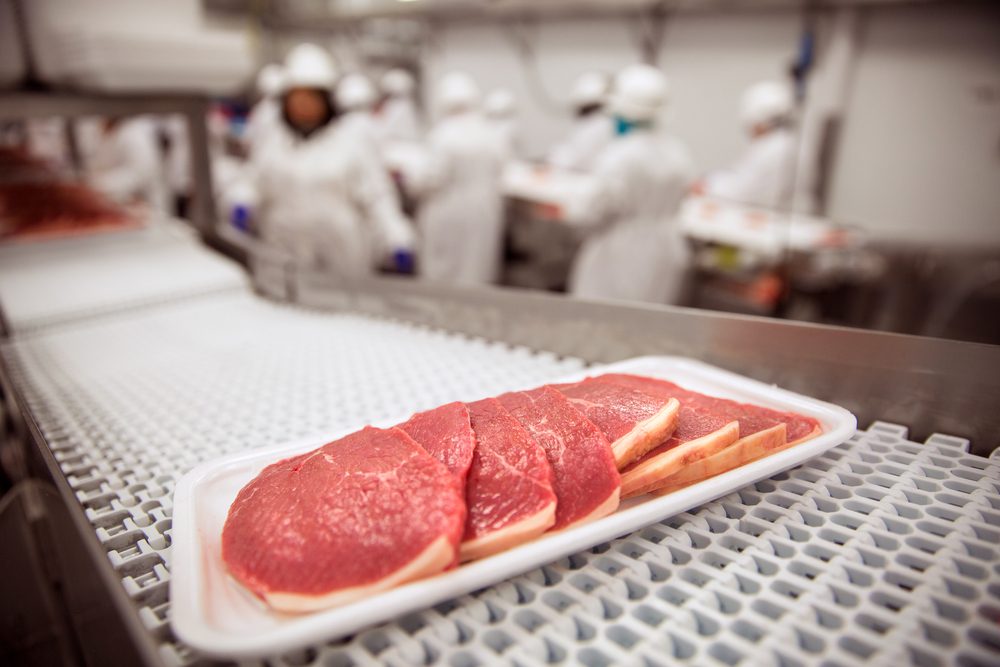 Thomas J. Cocchiola, PE, CSP, Mechanical Engineering Consultant ::::
Accident: A company that brands and sells meat products operates a plant with several production lines. The stainless-steel production machinery must be cleaned and inspected every day in accordance with government regulations. The meat products company used a subcontractor to clean all the machinery at the end of each day. A crew of workers from the subcontractor cleaned the machinery under the supervision of a meat company manager.
On the night of the accident, a worker was cleaning a relatively large mixer/blender that has two motor driven mixing elements that rotate within a relatively large stainless-steel tub. Two hinged doors at one end of the stainless-steel tub allow operators to discharge meat after it has been properly mixed. The subcontract worker was using a hose to wash a rotating element through one of the open discharge doors in accordance with normal cleaning practices at the plant. Unfortunately, the hose became entangled on the rotating element, which severed his hand.

Analysis: The manufacturer originally equipped the mixer/blender with safeguards to protect workers during normal operation as well as when cleaning the machine. The original design included interlocked doors designed to prevent the elements from rotating continuously whenever one of the discharge doors was open. Opening a discharge door effectively de-energized the machine and shut it down. The original design also included a set of two hand controls that enabled an operator to rotate the elements with the doors open. The control required an operator to continuously activate pushbuttons with both hands to prevent her/him from reaching the rotating elements while meat discharged from the machine. The blender/mixer manufacturer effectively reduced the risk of injury and protected workers by preventing them from reaching or contacting the rotating elements during production and while cleaning the machine.
An inspection of the meat mixer/blender revealed that it had been modified. The interlock switches for the discharge doors were removed and overridden. The two-hand control was removed and replaced with a single pushbutton. As a result, the modified machine could run continuously with the discharge doors open during production and while being cleaned. The modified machine was dangerous because it allowed workers to reach dangerous rotating elements. The subcontractor cleaning crew routinely hosed down the mixer/blender while it was operating under the supervision of a meat products company manager. The actions of the meat products company exposed workers to dangerous conditions that violated the requirements of the mixer/blender machine manufacturer as well as applicable safety codes.
Results: The case was successfully resolved before trial.
Thomas J. Cocchiola, PE, CSP, is a Mechanical Engineering Consultant with DJS Associates and can be reached via email at experts@forensicDJS.com or via phone at 215-659-2010.