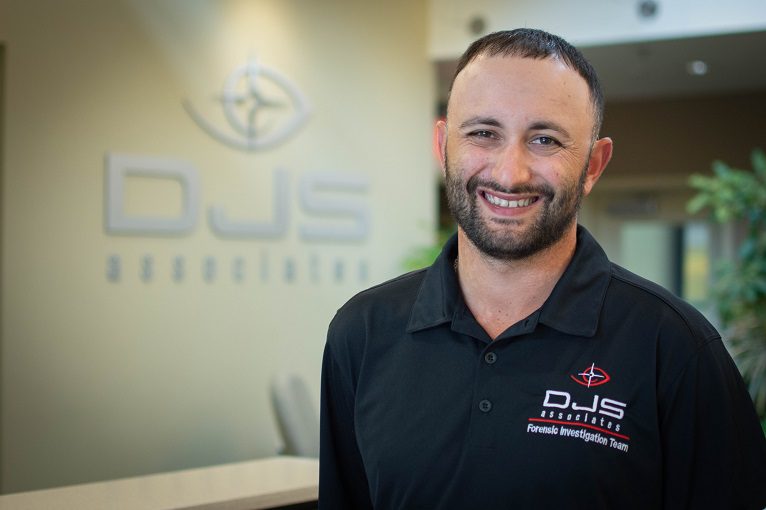 Justin began his Secondary Education career by earning his undergraduate degree in Civil Engineering from Northwestern University in 2008 and completed his 11 - year odyssey by earning his Master’s (2010) and Doctorate (2015) degrees in Civil Engineering from the George Washington University (GW). Justin’s education does not end there, however, as he has also completed specialized training in Collision Reconstruction, Event Data Recorders (EDR), and he is a certified drone pilot licensed by the Federal Aviation Administration (FAA). Still, after completing nearly 25 years of formal education, Justin will tell you that his most valuable training comes from a lifetime of education provided by his father and grandfather – both of whom were industry leaders in Collision Reconstruction.

As an active member of the academic research community, Justin has published four peer - reviewed journal articles and eight refereed conference papers in the field of transportation safety and driver behavior. While at GW, “Dr. J” (as he is referred to by his students) provided one on one presentations at the request of Mr. Ed Gillespie (former Gubernatorial Candidate in Virginia, Chairman of the Republican National Committee, and White House Counselor to George W. Bush), Major John Bell (Delegate 87th District, Virginia), David Birtwistle (CEO Northern Virginia Transportation Alliance), and, his personal favorite, Congresswoman Barbara Comstock (10th District, Virginia).

Justin is also intimately involved in giving back to the community and delivered Keynote Addresses in 2013, 2014, and 2015 for GW’s Science and Technology Engineering Day and in 2013 for Schools Without Walls. Justin continues to serve as an adjunct professor and the lead researcher at the Vehicle Instrumentation and Driver Simulation Laboratory at GW. In addition, Justin has brought his engaging style of teaching to the legal, insurance, and engineering communities offering CE and CLE seminars on topics including Automated Vehicles, New Technology in Collision Reconstruction, and Driver Distraction.

Outside of work, Justin is an avid golfer and participates in Amateur tournaments on both the local and national level. Justin is the former captain of his high school and college Varsity Men’s Ice Hockey Clubs and has been a season ticket holder to his hometown Philadelphia Flyers since the day he was born! He also enjoys spending time with his wife and two children, Joclyn Jade and Tiger Smith, along with their two cats, Mitch-The-Cat and Otis-The-Cat. Recently, Justin has begun offering his time and expertise to news stations and podcast series related to collision reconstruction and transportation safety, and has even had the opportunity to guest host the “Take A Knee” podcast with one of his favorite comedians, Adam Carolla.